Spacek gets sent down. 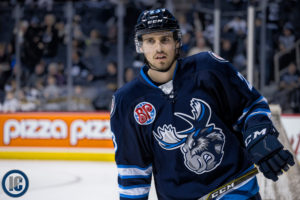 Michael Spacek was reportedly dealing with something but is back in business and the Jets announced that they have re-assigned him to the Manitoba Moose.  Spacek has become a nice prospect with the Moose and another season in the AHL with the Jets farm club will be very beneficial for the native of the Czech Republic who put up 17 goals and 21 assists for 38 points in 70 games in his rookie season.

This puts the Jets current training camp roster at 26.  Winnipeg has until tomorrow to get down to 23 (although with Nic Petan’s situation there may be an exemption that allows them to be at 24.  Coach Maurice addressed this at the end of his scrum on Saturday.).