The Jets are getting ready for a re-match with the Bruins tonight in Saskatoon. Listen to the players speak prior to departing for Saskatchewan.

The Jets are getting ready for a re-match with the Bruins tonight in Saskatoon.  Listen to the players speak prior to departing for Saskatchewan. 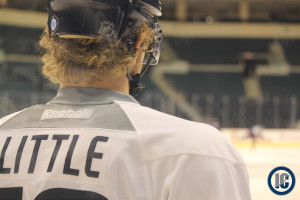 Michael Frolik – Feeling more comfortable with the team.  Getting adjusted to the new system.  How does a team become a better checking team?  Heading to Banff to get to know his new team better.


Andrew Ladd – Are they closer to where he wants them to be as a team?  Is message getting across to team?  What was it like watching from press box with entire 1st line?


Mark Scheifele – Being in Banff previously.  What kind of things did they do?  How did it help?  Sleep well after getting his first goal last night?  Has he been able to keep hockey fun?


Zach Bogosian – Shoring up the team defensively.  Team hasn’t made it easy on Pavelec.  Happy that pre-season is almost over?  Any ideas about team building in Banff?  Has he done anything like this before?  Why don’t people like playing in the pre-season?


Paul Postma – Being used to fighting to get into the lineup.  How much time does he spend with Charlie Huddy going over tape?  Instinct vs. Learning and how do you mesh the two?  Pleased with his game so far?  Chance at a re-match with the Bruins a good thing?  Feel good to stick with a team like Boston?  Any lingering memories from Credit Union Centre in Saskatoon?