Jets held an optional as they get ready for the Hawks. 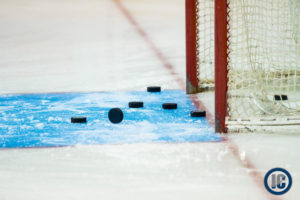 After a disappointing loss to the Sharks last night the Jets held an optional skate today at Bell MTS Place as they get ready for the Hawks.

The Jets announced they had assigned Andrei Chibisov to the Moose.  Manitoba plays Milwaukee tonight and Chibisov will be a welcome addition.

Coach Maurice:  Statement on Bryan Little.  Did Little think he was going to play this season?  What does this finality mean to the team? Any moves he is contemplating for tomorrow’s game?  The passing not being as crispy as it should be.  With 23 games left when do they become “must win”?  What do they miss out on not having Blake Wheeler at wing? Does he need to think “down the road” on Wheeler’s energy?  Andrew Copp finishing his offensive spark. Updates on Lowry/Perreault?  Thoughts on the Evander Kane elbow on Neal Pionk?

Coach Maurice indicated that Bryan Little is being shut down for the season.  He also indicated that Adam Lowry and Mathieu Perreault remain week-to-week.

Evander Kane was suspended three games for the elbow on Neal Pionk.

The Jets will take on the Hawks tomorrow night at 7:30 PM.  Be sure to keep it locked to illegalcurve.com for the AM Papers which go live at 7 AM.