Patty Playmaker is racking up the assists these days 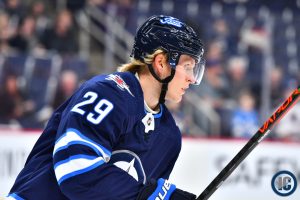 Jets PR put out their pre-game notes today ahead of tomorrow’s contest against the Arizona Coyotes and one that caught my eye was this note:

“Patrik Laine registered his eighth assist of the season on Sunday to become the first player in franchise history to have eight assists in the team’s first seven games of a season.”

Laine has been called ‘The Finnisher’ for quite some time but now that he is piling up the assists, folks on Twitter and Instagram are coming up with some new nicknames for the 2016 2nd overall pick including: