Following the Jets 4-3 OT win over the Calgary Flames on Thursday, the team didn’t skate on Friday and cancelled Saturday’s practice out of an abundance of caution.  The team skated on Sunday in Winnipeg but Patrik Laine was only a brief participant before leaving.

Today the team is in Toronto to play the Maple Leafs and Laine again only briefly took to the ice with his teammates before returning to the Jets dressing room. 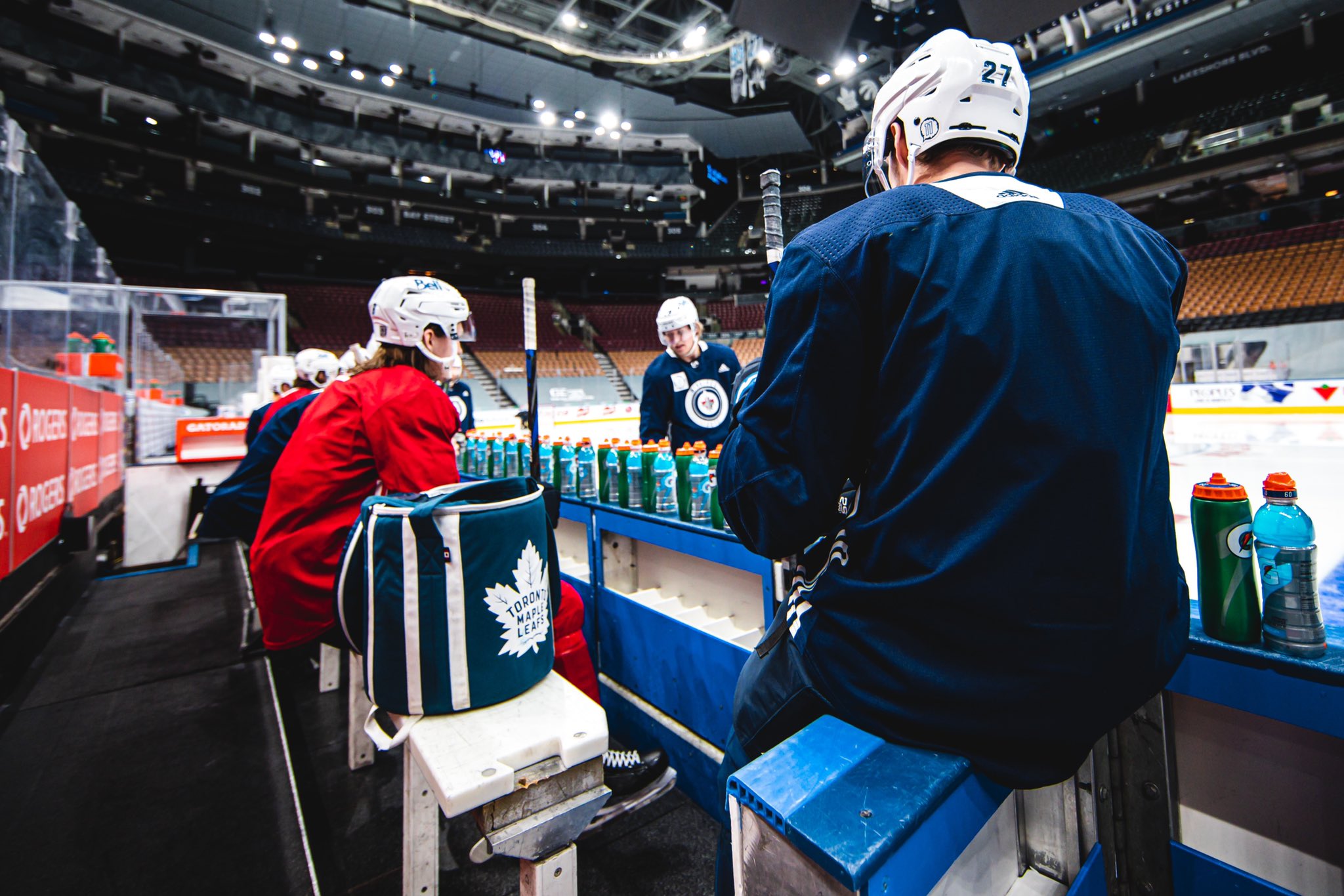 When Jets Head Coach Paul Maurice was asked about the Finnish sniper’s availability for tonight’s game against Toronto he indicated that Laine would not be a player for Winnipeg.  Laine is out day-to-day with an upper-body injury.  The Jets bench boss added he doesn’t believe Laine’s injury is long-term but they want him to heal up before he returns to the lineup.