After a cancelled practice on Saturday the Jets hit the ice before taking off for Toronto.

After the Jets had to cancel practice on Saturday “out of an abundance of caution due to potential COVID-19 exposure” and later revealed that defenceman Tucker Poolman had been placed on the NHL’s CPRA list.  Which ultimately left today’s practice at Bell MTS Place up in the air.  However Jets PR tweeted out this morning that practice was going on and would be followed by a media availability before the team left for Toronto.

The Jets recalled Nelson Nogier and CJ Suess from the Moose to the taxi squad. 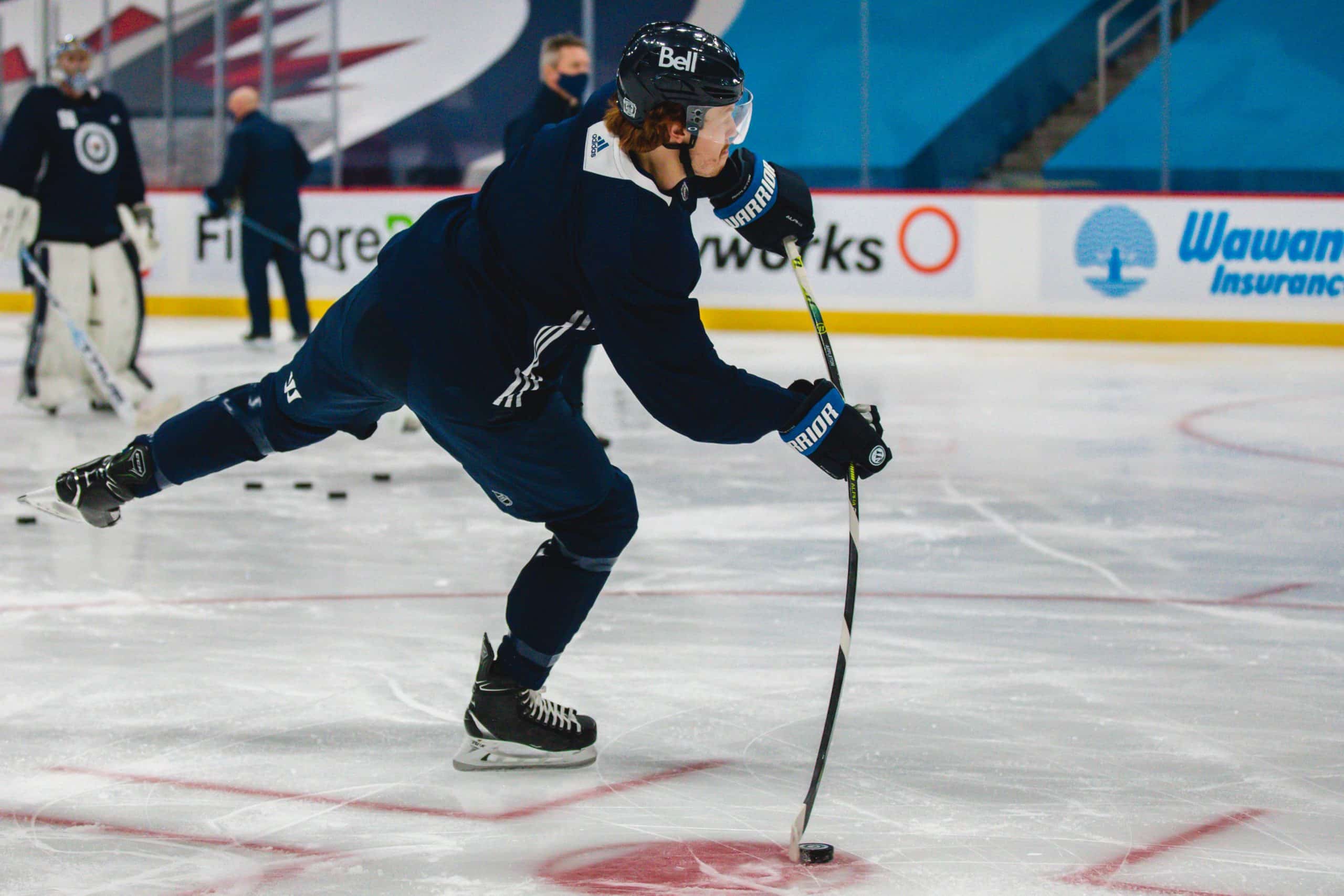 As per Ken Wiebe of Sportsnet no Nikolaj Ehlers on the ice for the Jets this morning so Andrew Copp took his spot on the line. He added that Patrik Laine left skate and did not return. Lines and D pairs as per Ken.

1. Update on players either missing or not 100%
2. More on Ehlers.
3. Challenges of condensed schedule.
4. What are keys to QB’ing a power play?
5. Who would draw in for Dylan DeMelo & Tucker Poolman?
6. With respect to guys as CPRA or aquisitions, does that factor into salary cap?
7. What’s the sweet spot for time on ice for Mark Scheifele?
8. Difference between Ehlers and Poolman situation?
9. What he’s seen from Samberg and Stanley?
10. His having to adapt to different situation as a result of COVID.
11. Matching up Laine vs Matthews.
12. Winger dropping to the middle for dzone coverage.

Despite practicing with the team Dylan DeMelo will not go on the road with the team as he will remain in Winnipeg with his wife and new baby.  Patrik Laine couldn’t warm up right, they are waiting for more tomorrow. Nikolaj Ehlers expected to be on the plane which Tucker Poolman will not.

The Jets will kick off their first road trip of the 2020-21 season tomorrow night against the Toronto Maple Leafs.  Be sure to keep it locked to illegalcurve.com for the AM Papers which go live at 7 AM CT.