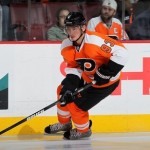 Winnipeg Free Press: Jets may land Nikolai Zherdev. We talked about Zherdev possibly coming to the Winnipeg Jets on last week’s Illegal Curve Hockey Show and now it looks like we may find out if he will be a Winnipeg Jet in the coming days. Stay tuned to Illegal Curve for Zherdev Watch.

Winnipeg Sun: The NHL is set to experiment with some rules changes. I’m telling you right now that I am in favour of getting rid of the trapezoid (not in mathematics though) Let the goalies have carte-blanche to play the puck behind the net.

Ottawa Sun: Former NHLer Kevyn Adams has been named the new assistant coach of the Buffalo Sabres. Adams was a hard-working NHLer. Nice to seem his get his first NHL coaching gig.