Winnipeg Free Press:  Jets selling game-used equipment this weekend.  If you are in the market for some premium hockey gear that has been used by the pros this is where you want to be. 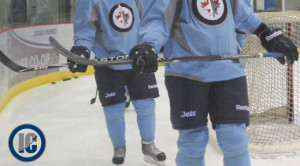 Winnipeg Jets:  Mark Scheifele to take over team twitter.  If you have a question of the 2011 1st round pick now is your chance to ask him and get him to answer you back starting at 11 am.  #AskScheifs

Albany Times Union:  Devils have no margin for error.  Pretty crazy that the Devils AHL affiliate hasn’t won a playoff series since 1998.

Illegal Curve:  Olsen assigned to IceCaps.  After his Kelowna Rockets lost in the WHL to Nic Petan and his Portland Winterhawks the Jets are sending the 2012 6th round pick to the AHL playoffs.