Fresh from the Junior playoffs to the AHL playoffs for this prospect. 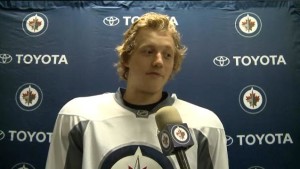 The Winnipeg Jets today announced they re-assigned forward Ryan Olsen from the Kelowna Rockets of the WHL to the St. John’s IceCaps of the American Hockey League.

He was originally drafted by the Winnipeg Jets in the sixth round, 160th overall, in the 2012 NHL Entry Draft.