Note:  Don’t forget that the Illegal Curve Hockey Show is now on spring hours (Saturdays from 9 am until noon).  Plenty to discuss as we catch up on all the latest Stanley Cup Playoff news and take a final look at the Winnipeg Jets 2013/14 season.  Guest:  Joshua Cooper (The Tennessean).

TSN:  Feeling around Jets going into off season is positive.  Dennis breaks down and looks back at the season including the ups and downs. 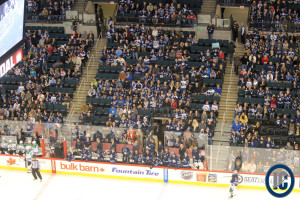 Illegal Curve:  Coach Paul Maurice conference call (audio).  After the news that the Jets bench boss was signed to a four year deal he spoke with the media during an afternoon conference call.  I broke the audio up into nine parts for ease of listening.

Illegal Curve:  GM Cheveldayoff end of season press conference (audio).  The Jets GM met with the media for almost an hour and the topics ranged from Pavelec as the team’s #1 goalie to draft and develop model and a bunch of other topics relevant to fans.  I broke this audio into twenty parts for ease of listening.

The Telegram:  IceCaps reveal home dates for first round of Calder Cup playoffs.  From being out of the playoffs last year the IceCaps have had a very good 2013/14 season and will treat the fans in St. John’s to some post season hockey.