Ticket scalpers arrested. Warm welcome back for the NHL. To boo or not to boo? Rich, famous coming to see Jets. Jets getting antsy. Jets love-in at the Forks. Duo fueled for the Jets. Harnessing Byfuglien. Bulin Wall has fond memories of Winnipeg. Jets a lunch-bucket bunch. Manitobans in the Show can’t wait to play in ‘Peg. Jets netminders have skates firmly on ground.

Winnipeg Sun:  Ticket scalpers arrested.  I’m pretty sure people who are being asked to pay $1000’s to get into the home opener aren’t too upset by this.

Winnipeg Free Press:  Warm welcome back for the NHL.  What a way to kick start the biggest hockey weekend in Winnipeg history. 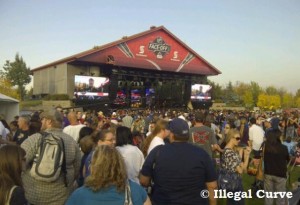 Winnipeg Free Press:  To boo or not to boo?  People need to remove the emotional component (easy to say, harder to do) of the Jets 1.0 leaving, become a bit more pragmatic and realize that the Jets are back and regardless of how you feel about Gary Bettman, without his approval, this move doesn’t happen.

Winnipeg Free Press:  Rich, famous coming to see Jets.  A place to see and be seen, when did Winnipeg get trendy?

Winnipeg Free Press:  It’s nutty to diss the commish.  Call me crazy but I don’t expect any boo’ing from the crowd.  Mostly because unless he is doing something on-ice prior to the start of action, he won’t be “presented” to the crowd.

Winnipeg Sun:  Jets getting antsy.  You get the impression when talking to the Jets staff that as much as they are looking forward to the home opener on Sunday, they are also looking equally forward to the opportunity to finally get underway (and maybe even get some sleep on Monday).

CBC:  Jets love-in at the Forks.  When Randy Bachman modified the words to “You ain’t seen nothing yet” to “We just got back the Jets” the crowd went berserk.  What a way to kick start the weekend.

Metro:  Duo fueled for the Jets.  Be sure to look out for the Stevenson cousins who head to Winnipeg as part of their documentary experience.

Winnipeg Sun:  Harnessing Byfuglien.  Watching him blast his shot from the blueline, it is an unenviable position to have to block it, either as a defenceman or goalie.  As Buff goes, so too shall the Jets.

Globe and Mail:  Tickets, who’s got tickets?  Unfortunately for Fewer his is a common story, with only 13,000 season tickets available.

Edmonton Journal:  Fond memories of Winnipeg (1/2 way down page).  The Bulin wall will always have a place in Winnipeg lore as he almost singlehandidly took the Jets past the Detroit Red Wings in 1996.

Winnipeg Sun:  Jets a lunch-bucket bunch.  When we talked to Mark Stuart yesterday he seemed to think this team’s advantage was the speed of the forward group.

Winnipeg Sun:  Jets netminders have skates firmly on the ground.  If nothing else Pavelec’s easy nature (he sat in the press scrum yesterday forever) will make the media’s job easier. 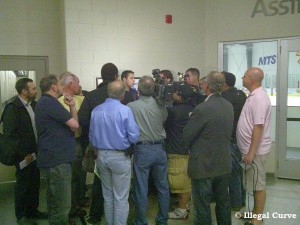 Winnipeg Sun:  Manitobans in the Show can’t wait to play in ‘Peg.  I bet they are going to be fielding a ton of calls for tickets.

The Telegram:  Retracing his steps.  He has come a long way from being a Stanley Cup champ but David Aebischer plans on working hard to regain his championship form and to return to the NHL.