Winnipeg Free Press:  Thousands flood Forks for NHL party.  IC’s Michael Remis is down at the Forks.  Follow everything @illegalcurve on twitter to see all the latest.

Globe and Mail:  Jets enforcer Tanner Glass recalls Ivy League days.  Today he looked like a star with the media throng surrounding him.

Twitvideo:  Neil Young decides Sharks or Jets.  George Stroumboulopoulos posted this video with Winnipeg’s favorite local musician Neil Young, discussing whether he should have loyalty to the Sharks or the Jets. 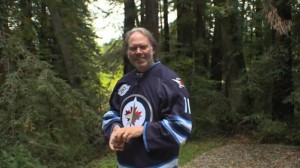 Winnipeg Sun:  Ladd leading by example.  Don’t expect the guy wearing the ‘C’ to be resting on his laurels this season.

Winnipeg Sun:  The curious case of the Thrashers collapse.  Hopefully this young team had a year of seasoning, a year in which they learned the painful lesson of what happens when you come back to earth.

TSN:  Jets claim MacLean on waivers from Coyotes.  Coach Noel in the scrum after practice today didn’t seem to know too much about him but said he expects to learn more this weekend.

Winnipeg Sun:  Homegrown Jets instant stars.   Even the non-Peggers on this team are going to be famous, although I asked Minnesotan Mark Stewart today in the post-practice scrum if he is getting recognized yet and he said so far not too much.

Winnipeg Sun:  Chipman a dream come true for Jets fans.  If you paid attention to the ownership fiasco that cost Atlanta it’s NHL franchise, you should be very thankful for the ownership that the Jets have in place.

Winnipeg Sun:  Chevy and the Jets.  While we might be bitter rivals on the football field with our neighbors to the West in Saskatchewan, we are happy to have their native son, Kevin Cheveldayoff, running the Jets.

Winnipeg Sun:  Biz banking on Jet propulsion.  As long as it doesn’t interfere with my standing reservation at Earls Main on Wednesday, I’m really looking forward to seeing our downtown busy and realizing its full potential. 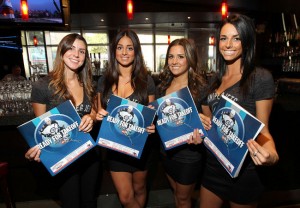 Winnipeg Sun:  Peeps primed for ‘pucktoberfest’ at Jets opener.  If you have to work this weekend, it is a shame as this is going to be one of the most fun weekends in the history of this city.

Winnipeg Sun:  Jets get season long grace period.  Further to the Jets advantage is that because so many people are sharing season ticket packages, oftentimes people who might see a ‘boo worthy’ game might be just making it out to their first game, and you won’t find those types booing the Jets.

Winnipeg Sun:  Jets set the bar high.  These guys believe in each other and think they have the group to make a post-season push this year.

Winnipeg Sun:  Jets returns still seems surreal.  At times when we are watching the game from the press box, you look around at the 15,004 screaming fans watching their team play in their city and it makes you want to pinch yourself and wake from this dream.

Winnipeg Sun:  Can’t wait to call Jets action.  Just as excited as the fans and the players are, so too are the guys who get the pleasure of calling the game action.

Winnipeg Sun:  Ex-Jets couldn’t be happier.  When we’ve spoken to former players, to a man they have all been absolutely ecstatic about the return of NHL hockey to Winnipeg.  From Fred Olausson to Phil Housley all the former Jets 1.0 alumni loved this city and it shows years later.