The Jets world was agog over photos of a very svelte Dustin Byfuglien making the rounds.  Does this inspire you?  What do you make of this new Buff? 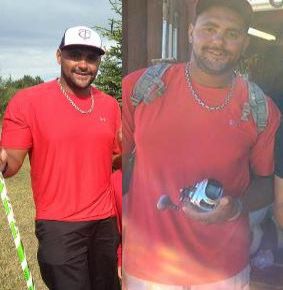 Fan 590:  Zach Bogosian interview with Brady and Lang (audio).  Listen to the Jets new seven year defenceman talk about his shiny new contract, the other long term deals that were signed, Team USA orientation camp and playing in Winnipeg.

Winnipeg Free Press:  Days of living off potential are over.  The players are being paid and now ownership, management and fans are all going to be expecting results.  The honeymoon is over.  Time to show everyone that you were worth the investment.

Globe and Mail:  Playoff berth the next step for young  Jets core.  Will not be an easy task for Winnipeg as they transition to the Western Conference but should be quite a fun ride for this team.

TSN Radio 1290:  Rick Ralph talks to the voice of the Jets, Dennis Beyak (audio).  Dennis and Rick talk about all the recent moves by the Jets, including the signings of the big three RFAs.

Illegal Curve:  Jets Papers.  There was a ton of Jets links in the papers yesterday in case you missed anything.

Globe and Mail:  Wild’s Harding launches charity to help raise MS awareness.  Always helpful for a cause when a professional athlete gets involved and uses their celebrity to raise funds and awareness.