– Zach Bogosian is the final piece in the Big 3 puzzle and fans everywhere are waiting to see what day he signs.  When do you think it will happen?  He is scheduled for arbitration on Friday, August 2nd. 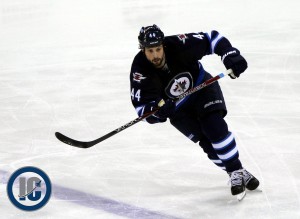 Yahoo (Puck Daddy):  What has brought on these big-term NHL contracts? Focus on the recent Blake Wheeler contract as well as a number of other recently signed long term deals, including Bryan Little’s deal.  How long is too long?  Are you upset by the length of the recently signed contacts?

Winnipeg Free Press:  Fine-tuning THE JETS ENGINE.  The Jets are giving this young core time to grow together while adding complimentary pieces.  he question on most Jets fans minds is how long will all this take?

Illegal Curve: MFIVE Sports agent Anton Thun talks about his client Bryan Little. Interesting to hear from Little’s agent who talks about his player’s intentions and a bit about the process of arbitration.

Illegal Curve:  Morning Papers.  While the news has slowed down today, if you missed it yesterday there was a ton of Jets news.