Globe and Mail:  In search of that free agent diamond in the rough.  There are still some enticing players out there in free agent land, including this member of the Jets who cracked Shoalts list. 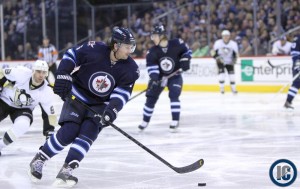 If you missed it, there was plenty of Jets articles throughout the weekend.

NHL.com:  Waite ready to help Price meet potential.  He has helped to raise the game play of a number of goalies so Habs fans will be ecstatic if he can help their #1 netminder reach his full potential.