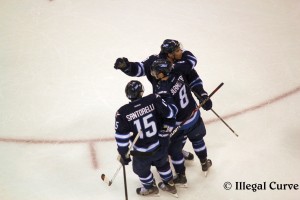 Illegal Curve:  What Does A Number Four Defenceman in the NHL Make?  After the Jets signed Grant Clitsome to his contract this week, Richard took a look at the average salaries for NHL defencemen based upon ice time.

Globe and Mail:  Second choices make for best fit between Iginla, Bruins.  Hockey sometimes makes strange bedfellows, so perhaps it should come as no surprise that these two ended up together.

CBC:  Jaromir Jagr among NHL free agents still available.  While we await the second wave of signings, it will be interesting to see which teams make the next move.