Jets opponent (Capitals) news: Two huge games in one trip to Winnipeg for Capitals: Adam Oates on Mike Green – ‘We’ve got to make sure he is ready’.

Note: Make sure to @ tweet @illegalcurve with your guess during tonight’s game you can win IC Gear by participating in our twitter Game Winning Goal and 50/50 contests. Remember that for your vote to qualify you must send in your guess by hashtaging (#) our Game Winning Goal (GWG) contest and 50/50. (i.e. #ICGWG Wellwood and #IC5050 $42,375).

Winnipeg Free Press:  Pavelec brings ‘A’ game.  Many of his teammates were asked if he deserves Hart consideration and while league wide that might be tough to win, there is almost no question that he would win that if we were solely judging the Jets players. 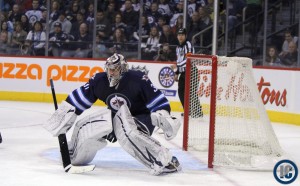 Winnipeg Free Press:  Noel pushes right buttons as Jets take flight in Southeast.  It was a light moment when he told Gary that he wouldn’t share the Jets blueline for team success at the media availability yesterday.  While many have maligned coach Noel as an AHL or marginal coach, he seems to be getting the most out of his troops.  If he could just get the special teams to be a bit more special, he could really get this squad into the next stratosphere.

Winnipeg Free Press:  A chance to bury rival Capitals.  The Jets need to channel the mentality of Ivan Drago from Rocky IV when he said “I must break you” when they face a double dose of Capitals today and tomorrow.  While it might be difficult to sweep, this team needs to take the Capitals out of their rear-view mirror and the best way to accomplish this is by getting a win tonight.

Winnipeg Sun:  Pavelec due for a rest.  He might be due for one but the Jets number one netminder has no interest in taking a break.  Probably the only thing he is tired about is the constant questioning about his ability to play so many games in a row.  The health of backup Al Montoya will determine how many games Ondrej plays over the next few days.

Winnipeg Sun:  Jets have chance to bury Capitals in rare back-to-back encounter.  There is a decidedly AHL feel to playing the same team twice in two days at home, which many of the Jets like Wellwood, Meech and Clitesome acknowledged on Wednesday.  While coach Noel downplayed the impact this could have, instead choosing to separate them into, the thought of adding four points against a division rival in under 25 hours has to have both teams salivating at the possibility. 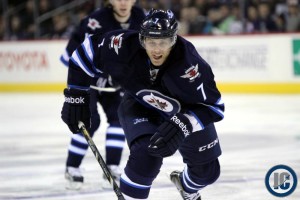 CBC: Looking to make stronger playoff push.  The time is now.  Three games against divisional opponents who are not playing their best hockey of the season.  We are about to find out what this Jets team is made of.

Illegal Curve: Coach Noel audio from MTS Centre. Having the Jets staying on task. What is Coach Noel’s blueprint for keeping his team staying on task? (funny response by coach). Little/Ladd/Wheeler line an unquestioned 1st line. If things aren’t going well for that line do they need to be corrected or can they guide their own path? Playing same team at the National Hockey League level is unusual, his thoughts. Going back to Moose days, was difficult to sweep a back-to-back, still the case? Al Montoya’s status “getting close”. Thoughts on Burmistrov’s game. Does decision on giving Pavelec a break rest on Montoya’s status?

Illegal Curve: Players audio from MTS Centre. The Jets are not basking in the glow of yesterday’s win over the Bruins. Instead they have turned their attention to the next game against division rival Washington Capitals. Audio from captain Andrew Ladd, Blake Wheeler, Zach Bogosian and Ondrej Pavelec.

Washington Examiner:  Two huge games in one trip to Winnipeg for Capitals.  The magnitude of the first of two games is massive and both teams know how important it will be to take clean points away from the game.

Washington Post:  Adam Oates on Mike Green – ‘We’ve got to make sure he is ready’.  Looks like we will find out later today if Mike Green will be back in the lineup tonight against the Jets.  He feels he is ready to return after missing the last 10 straight games.

Orange County Register:  Ducks beat the best, topping NHL-leading Chicago.  Over in the East this past Sunday, the Bruins and Penguins battled it out and last night the two titans of the West went to war.  Led by Teemu Selanne scoring the game winning goal in front of a franchise-record crowd of 17,610 at Honda Center, the home team Ducks pulled out a huge win.

CBC:  NHLPA to revisit visor issue this summer.  While I said on air last night that I cannot understand the hold-up, it does make sense to make sure you have everyone on board, or at least ensuring they have all the proper information so an informed decision can be made.  While I still don’t understand the need to cater to an ever dwindling minority of players, the NHLPA does things in the manner in which they are comfortable.

Globe and Mail:  The Answerman fans flames of Igninla’s future.  Duhatschek with his usual must-read column.

Globe and Mail:  NHL suspends Panthers rookie Eric Selleck for two games.  No word how Tom is taking the news. 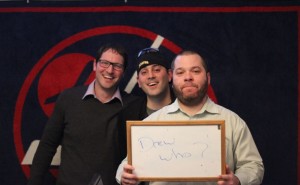