Jets affiliate and prospect news: Crunch beat IceCaps in a shootout at Mile One. Adam Lowry scores twice, leads Swift Current to victory and achieves 200 WHL points. Scheifele had a date with the Bulls.

Note:  Tune into the Illegal Curve Hockey Show on TSN Radio 1290 as the guys discuss all the latest Winnipeg Jets and NHL news returning to the regular time of noon to 3 pm on Saturday.  Guests:  George Johnson (Calgary Herald), Andrew Gross (The Record) and Earl Skakel (comedian).

Winnipeg Free Press: Jets in the running to host Heritage Classic; announcement by the end of March? Gary Lawless with some more details surrounding the possibility of the Heritage Classic being in Winnipeg within the next few years

Winnipeg Sun:  Jets vying for 2016 NHL Winter Classic.  Can you imagine what it would be like to see a game like this in the Peg?  Let’s hope they play it in March so at least we won’t get hypothermia.  Presuming the team is successful which team would you like to see in opposition to the Jets?

CBC:  Mid-term report card: Five grades at the half-way point of the Jets season.  Report card time as we have hit mid way point for the Jets.  Fair or foul?

Winnipeg Free Press:  Flintstone pots OT winner.  His team mate Mark Stuart said it best “Buff can take over a game and change the momentum with just one play. Overtime is his time to shine. He just takes over, he’s so big and strong and he can be unstoppable”.  We saw that last night as he took over the OT with a highlight reel play to give the Jets the victory.

Winnipeg Free Press:  Pavelec regains top form.  He was simply sensational last night and if not for his play, the Jets would have easily lost this game.  He was exactly what the Jets needed him to be, which was the difference maker.

Winnipeg Free Press:  They’re half decent.  Ed takes a look at the Jets as we approach the mid way point in this lockout shortened season.  Seeing those numbers at the MTS Centre still comes as a shock.  He also gives a sick bay update, what’s working for the team, what isn’t working and a look at what remains for Winnipeg.

Winnipeg Sun:  Penalty kill finally springs to life.  The Jets are putting the special back into special teams…well the penalty kill at least. 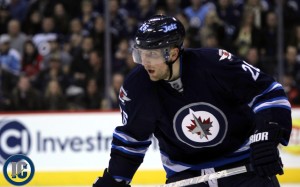 Winnipeg Sun:  Maybe Jets need different voice behind bench.  Seems very hard to pin this inconsistent play on coach Noel.  While it is his job to motivate his troops, he can only work with the pieces that he has at his disposal.  What do you think?  Should the blame be square on coach Noel?

Winnipeg Sun:  Top three overachievers and underachievers.  Who would you put on this list?

Winnipeg Sun:  Jets need to be sellers not buyers at NHL trade deadline.  Going to be difficult to sell pieces of this team off if the Jets are in the hunt for the Southeast division title.

Illegal Curve:  Jets on a Deadline – Jets 3 Panthers 2 in OT.  Game recaps, post-game quotes, video highlights and the NHL.com 3 Stars of the night. 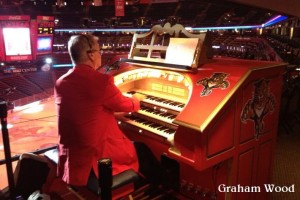 The Telegram:  Crunch beat IceCaps in a shootout at Mile One.  While the Jets knocked off their parent club (Lightning) last night the IceCaps lost again.  This time it was after one player scored in a 10 player shootout.

Swift Current Broncos:  Broncos take road victory in Moose Jaw.  Adam Lowry continues to tear up the WHL as he scored both goals for Swift Current in their two to one victory last night.  Lowry reached the 200 point career milestone in the game.

– Mark Scheifele and his Barrie Colts take on the Belleville Bulls tonight at 7:30 at the Barrie Molson Centre.  The Colts are three point back of the Bulls for 1st place in the OHL Eastern Conference.

Orange County Register:  Ducks sign Getzlaf to eight-year extension.  After giving a big contract to captain Ryan Getzlaf they now have to turn their attention to getting Corey Perry signed.  Coincidentally he scored his 500th point in a 4-0 victory over the Flames last night.

Chicago Sun-Times:  Blackhawks’ points streak ends at 24 with loss to Avalanche.  It was an incredible run to witness.  Congrats to the Hawks team for making fans forget the lockout.

Globe and Mail:  Enthusiasm powered the 1979-80 Flyers.  The 79-80 Flyers record (35 straight) will remain safe as the Hawks streak ended at 30 (dating back to last season).  Still an interesting story from Eric Duhatschek.