Calgary Herald:  Mark Scheifele on the move for the Juniors.  Team Canada is putting a lot of faith in Scheifele being able to make the transition to the wing.

TSN:  Telegin scores in overtime to help IceCaps defeat Falcons.  Despite giving up a late goal, the IceCaps were able to bounce back quickly.  After losing the last 5 games, the Caps finally got their first December win. 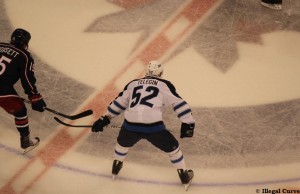 Reporter Herald:  Colorado Eagles win with just 12 skaters.  The team was able to bounce back after Friday’s loss and have had a very good December.  The Eagles have won 5 of their last 6 games.

Globe and Mail:  NHL files class-action suit against players’ union.  In case you missed this news the league is taking some per-emptive action against the NHLPA.

Montreal Gazette:  Subban, Binnington to compete in nets.  Still up in the air for the selection of the starter.

CBC:  Team Canada finishes practice, heads to Russia.  Lockout or no lockout, the players are off to Mother Russia.

National Post:  US star Seth Jones could obstruct Canada’s golden view.  It would be a mistake for anyone to hand the gold medal to Team Canada just yet.  The US squad is quite formidable.