Winnipeg Free Press:  Ain’t no Buff-er zone for Jets.  These players will certainly be living in a bubble, but they really are going to have to try exceptionally hard to burst it, as right now almost all of Winnipeg has blinders on when it comes to the Jets and it’s players.  (Speaking of blinders for all you horse racing fans out there, come check out the Assiniboia Downs Race #4 to cheer on our horse Wagels, who will be participating in the first of two Marathon series races tonight around 8:20 pm).

Winnipeg Sun:  Jets Buff still commands respect.  I’m with IC’s #1 favorite Jet Chris Mason.  It’s too early to start tarring and feathering Big Buff, especially since he hasn’t been officially charged with anything.  Although it might be awhile before fans forget his mug shot. 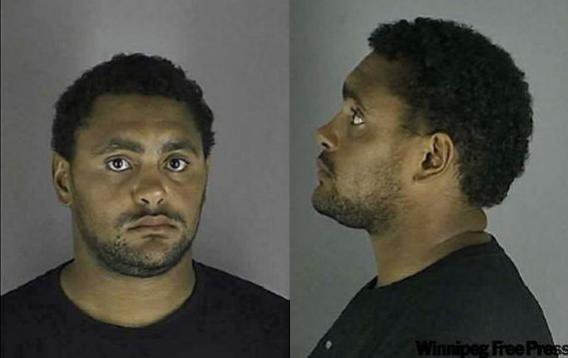 Portage Daily Graphic:  Jets’ Little anticipates rural support.  You would think the following statement was made by a fan, but instead it comes from the Jets Bryan Little:

“I was down at the dressing room the other day, checking it out and I don’t think I’ve been this excited for a season of hockey ever. I can’t wait for it to start.”

TSN:  Jets prospect Klingberg targets Jets job, memorabilia.  The more I hear from this prospect, the more I like what he has to say.

After the jump Jets #1 overall pick gained muscle mass this summer, up close and personal with Nik Antropov, we get more on two former Prince Albert Raider’s who made the jump to the Jets as well as the people of Winnipeg finally welcoming a ‘flood’.  In ‘Around the NHL’ news Quebecor signs management deal for Quebec City arena and smaller stature is no longer preventing skilled players from joining the NHL.

Winnipeg Free Press:  Good news – some Jets packing on muscle not fat.  This is very good news for those concerned with the Jets #1 overall pick in the 2011 Entry Draft.  Hopefully he can pair this muscle gain with further skill development and the Jets may be on the way to developing this diamond in the rough.

Winnipeg Free Press:  Up close and personal with Nik Antropov.  Seems like just yesterday Don Cherry was featuring him as a Toronto rookie to be aware of, and now he’s a 31 year old vet playing on the Jets.

Prince Albert Daily Herald:  Former Raider play-by-play and Raider alumni team up for Jets.  Quite the dynamic duo that fans can enjoy for years to come.

Winnipeg Free Press:  This Winnipeg flood most welcome.  As you could see with Remis’ video yesterday, this is slowly but surely become more and more real. 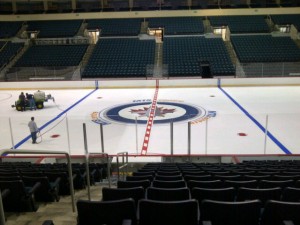 Monteal Gazette:  Quebec City, Quebecor in final talks over arena.  Technically they are just putting their ducks in a row and with the state of some NHL teams, they probably aren’t putting the cart before the horse with this move.

Edmonton Journal:  Ennis sizes up Nugent-Hopkins.  I like the fact that smaller stature is no longer a red flag for player selection in the NHL.