Note:  Tune into the Illegal Curve Hockey Show tomorrow from noon to 3 pm as the guys have 3 hours of hockey talk on TSN Radio 1290.  We will have a special segment about Movember, which as fans know is coming up soon.  Guests:  Jen Botterill (3 time Olympic Gold medalist). Jeff Palson (Movember Manitoba). 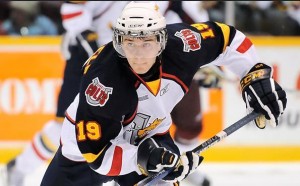 TSN:  NHL set to announce cancellation of games thru November 1st.  Say goodbye to the Jets home games against the Panthers (October 25th) and Red Wings (October 27th) as well as an away game against Lightning (November 1st).

TSN:  NHLPA proposals accomplish little as labour talks drag on.  When the commish of the league says “It’s clear we’re not speaking the same language in terms of what they came back to us with,” you know that the fight has just begun.

National Post:  NHL’s rejection of counter-proposals irks players.  At this point I’m not really sure why we are still hearing from the players.  You have hired Fehr and company to negotiate for you and they would be well served if they allowed any talk to take place in a boardroom and not continuing to try and win in the court of ‘public opinion’.

Globe and Mail:  The NHLPA’s three counter proposals.  The Players Association presented the owners with 3 offers on Thursday and this is what they looked like.

Toronto Star:  Hockey fan Barry Murphy gets in Gary Bettman’s face.  Perhaps the NHL and NHLPA can learn something from Mr. Murphy who spent 8 hours waiting to get a moment with the NHL commissioner.  If you want something badly enough you will put in the time necessary to get it done.

ESPN:  CBA talks not as dire as they appear.  Pierre LeBrun wants to walk you back from the ledge and finds that despite some of the hyperbole spewed by both sides yesterday, there may be cause for some hope.

National Post:  KHL is good hockey, bad business.  Widely disproportionate bankrolls have some teams paying millions over the cap and some that are not even able to come close to the floor.  While the KHL has its merits (not the least of which is they are actually playing hockey vs. being locked out), the NHL isn’t likely too worried about losing its place in the hockey world.

Edmonton Journal:  Love for hockey gives city hold over Oilers, sports expert says.  At the end of the day, you know a deal is going to get done, but similar to the NHL/NHLPA CBA fight, both sides posture so they can get what they perceive as the best deal possible.

Illegal Procedure: Winnipeg Blue Bombers Papers. If you are a fan of CFL football, check out our other site, which gives you all the latest Bombers news.   It is game night.  Technically the last game that could count for something in Bomber land.  With Buck Pierce back at QB and based on some of the comments between these two teams, it is going to be a great game tonight in Toronto.