NHL news: Bjugstad is true to the U.

Note: Illegalcurve.com is pleased to announce that Sean MacDonald, an Instructor in Labour Relations and Collective Bargaining at the Asper School of Business within the University of Manitoba will be providing fans with his insight during the lockout and beyond. His first column entitled ‘A Primer to the Tricks, Traps and Machinations of the 2012-13 NHL Hog Ride‘ is an excellent read and begins his 3 part series by looking at NHL bargaining tactics.

Northern Colorado: Eagles Announce Opening Day Roster.  The Jets ECHL affiliate announces their roster.  Due to the trickle down effect of the lockout, some AHL players on the ECHL rosters to start the season.

Winnipeg Sun:  Bobby Hull still the main attraction.  This is the guy who made wearing #9 for the Winnipeg Jets a thing to remember.  From his million dollar signing to the many stories of his times in the WHA, Bobby Hull can still keep fans and media alike listening in rapt attention. 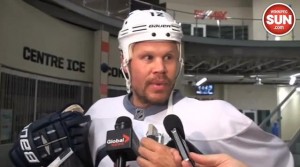 Winnipeg Free Press: Jets strive to stay battle-ready, but it’s still a waiting game. Both Slater and Stuart are physically ready to go but unfortunately it doesn’t appear that this is happening anytime soon.

Globe and Mail: Alexander Burmistrov still has a lot to prove. This is the perfect proving ground for the Jets young star.

TSN:  NHL, NHLPA meet twice Wednesday – League encouraging proposal.  Can only imagine what the next round of negotiations will look like!

Globe and Mail:  Owners hold the hammer in NHL labour dispute.  Going back to the very origins of the problem, Sean Gordon with an in-depth look at the current situation.

USA Today:  NHL games officially start to be missed Thursday night.  Tonight is the night that the NHL was supposed to start.  Unfortunately for the NHL they are up against the NFL and Thursday Night football.  Something tells me this, in addition to playoff MLB baseball, will more than make up for any missing NHL hockey for fans who want to be entertained.

New York Times:  For NHL Owners, Lockout is a calculated risk.  That is just it.  The owners must be expecting one heck of a pay day if they are willing to put their recent success on hold and incur losses in order to “right the ship”.

Montreal Gazette:  TV networks try to fill lockout void.  Get ready to get your fill with classic game after classic game.

CBC:  Don Cherry tweets a message to locked out NHL players.  Cherry is 100% right in his tweet.  The players are still under the mistaken impression that they can align themselves with fans via tweets.  Best to let the public opinion form itself rather than try to manipulate the process in so transparent a fashion.

Alberta Labour Relations Board: NHL players application denied. In the decision it states “The vacillating positions of the NHL and the NHLPA in this dispute underscore that the question of which jurisdiction’s labour laws apply to this relationship is anything but “simple”. In our opinion, that issue, which has been left ambiguous by the parties for almost 50 years, is not best answered in the heat of a strike or lockout. We have determined that for the purposes of this application, we do not have to resolve the jurisdictional question because, even if the Board has jurisdiction to declare the lockout unlawful, it should not exercise its discretion to do so in these circumstances.”

Minneapolis Star Tribune:  Bjugstad is true to the U.  The Panthers organization will hopefully be lucky to be on the receiving end of this young prospects loyalty one day, but for now his focus is on NCAA hockey and the Gophers.

Illegal Procedure: Winnipeg Blue Bombers Papers. If you are a fan of CFL football, check out our other site, which gives you all the latest Bombers news.  Are the Blue making a mistake not declaring Elliot the starter?

Illegal Procedure: Season on the Brink – Poise. As Kramer on Seinfeld once said “if I’ve told you once, I’ve told you a thousand times poise counts” and in Monday’s game against the Alouettes, Joey Elliott showed a lot of poise.