CBA news: Why the players will win in the long-run. NHL, NHLPA Will Meet on Sunday to schedule formal discussions. Looking out for #1 – How Eric Lindros showed the way for modern players. Bryzgalov thinks some Russian players might stay in KHL.

Note:  Be sure to check out the CIRV stat which was produced by our very own Ezra Ginsburg.  The CIRV or “Comback Impact Ratio Value” is specifically what  percentage of a player’s points occur when his team was behind.

Winnipeg Sun:  St. John’s set to trim roster.  Tough position to be in for AHL teams as they have a number of players who will depart for the NHL once the season resumes.  Definitely impacts who they let go.

Winnipeg Sun: Passion drives IceCaps coach.  The devil is in the details, and coach McCambridge is extremely thorough in his preparation. 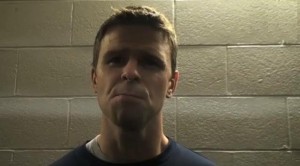 Winnipeg Sun:  Burmistrov looking to repair shaken confidence in St. John’s.  It sounds like the young Jet is doing exactly what the team needs from him, putting forth a strong effort to help flush out his game in the minors.  This can only help the young Russian in his development, which was rushed by the Thrashers.

NHL.com:  Scheifele scores winner as the Colts edge the Petes 4-3.  The Jets first rounder is having a great start to his campaign in Barrie.

CBC:  NHL lockout hurts Jets-fuelled Winnipeg businesses.  Before you had the Jets, these businesses thrived with 41 nights of Manitoba Moose AHL hockey.  Now that these Fall nights are empty of any fans heading downtown, it is causing strains to businesses which rely on the revenue these nights would normally bring.

The Hockey News:  Why the players will win in the long-run.  Smith makes some interesting points on why ‘losing’ can lead to ‘winning’ in the end.

NESN:  NHL, NHLPA Will Meet on Sunday to schedule formal discussions.  Having a meeting about having a meeting.  Wish we were making this up, but it is sadly true.

Edmonton Journal:  Looking out for #1 – How Eric Lindros showed the way for modern players.  The Big E did things his own way and while the players are a collective voice these days, they are certainly looking out for themselves.

TSN:  Bryzgalov thinks some Russian players might stay in KHL.  Maybe some mid to lower level talent, but I seriously doubt any of the big boys would choose the KHL over the NHL in the end.

Illegal Procedure: Winnipeg Blue Bombers Papers. If you are a fan of CFL football, check out our other site, which gives you all the latest Bombers news.  The Blue don’t play until tomorrow but read all the latest news on your team.