CBA news: Give and take between NHL and NHLPA not nearly enough. NHL, NHLPA continue on lockout collision course. CBA negotiations won’t end anytime soon. Paul Bissonnette to fans: ‘We are fighting for our futures, not yours’.

Note II:  Congrats to the Winnipeg Goldeyes baseball team for taking a stranglehold on their best of 5 series in the American Association championship final.  The Goldeyes won last night in Winnipeg with a thrilling come from behind 7-3 victory.  The team heads to Wichita to hopefully bring back the first baseball title in this city since they last did it in 1994.

Winnipeg Free Press: Prospects eager to impress.  While a reduced season might impact the young guns, they will have an opportunity to prove themselves at the AHL level.  More time playing in the development league could prove valuable for some prospects.

Winnipeg Free Press:  Lockout could do Jets good.  While it seems cruel to force a lockout on fans in Winnipeg after 15 years without NHL prior to last season, the impact of long-term cost certainty could have important ramifications for years to come.  As Gary says a little short-term pain for long-term gain might be worthwhile.

CBC:  Winnipeg braces for possible NHL lockout.  The ramifications of a lockout go further than simple fan disappointment as the economic impact would be significant.  While people talk about players having money in escrow (according to the Globe and Mail’s James Mirtle this will be “6.5 to 8.5 per cent of their 2011-12 salary landing in their bank account in mid-October”), those (employees & charities) who rely on the game as their primary source of income have no such luxury.


Jets official site:  2012 Ice Crew auditions. (video)  Well at least with all the serious CBA negotiations, you can take some time out and watch people have some fun as they audition to be part of the Jets Ice Crew team next season. 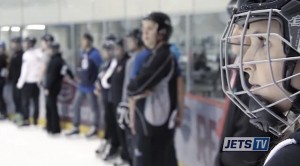 Globe and Mail:  Give and take between NHL and NHLPA not nearly enough.  Neither side is willing to budge and instead are digging in their heels as they prepare to wait this one out.  Expect more posturing over the next couple of days as both sides appear more interested in winning in the court of public opinion.

CBC:  NHL, NHLPA continue on lockout collision course.  The good news is yours truly can enjoy my birthday until 11:59 pm on the 15th when the inevitable lockout is declared by the NHL.  Fehr’s offer to start training camps and the season without a deal in place might have more credibility if he hadn’t been so instrumental in the 1994 MLB strike (at the time he was the executive director of the Major League Baseball Players Association).  Major League Baseball’s CBA had expired December 13th, 1993 but they played the 94′ season until August when the players voted to strike.  (I’m still bitter as I thought Canada would three-peat the World Series as the Expos looked like they would be contenders).

National Post:  NHL, players still speaking different languages in labour talks.  While the language might be different, ultimately the goal is the same thing; money.  Specifically, how to divide a 3 billion dollar pie?

ESPN:  CBA negotiations won’t end anytime soon.  And that is the question we want to know.  When will the lockout, which seems all but inevitable at this point, end?  Without any 50/50 contests for the foreseeable future, send us your guess (you can post your guess in the comments or send us an @ tweet to @illegalcurve) with the date you think the lockout will end.  The winner will win IC Gear as well as gift cards from our IC Sponsors. 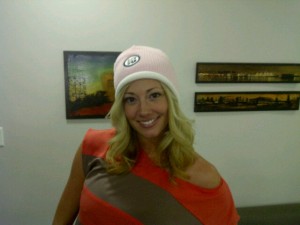 Edmonton Journal:  Katz Group says ‘iconic’ arena cannot be built for $450 million.  Cost overruns is never something a city council wants to hear as you walk up to them like Oliver Twist with your hat in hand asking for “some more”.

The Detroit News:  Red Wings close to deal with defenseman Carlo Colaiacovo.  While he is certainly no replacement for Nicklas Lidstrom, or even Brad Stuart, if he can remain healthy, he will be a nice addition to the Wings defensive corps.

Illegal Procedure: Winnipeg Blue Bombers Papers. If you are a fan of CFL football, check out our other site, which gives you all the latest Bombers news. The playoff talk continues as the team gears up for its next stop in Calgary for a battle with the Stamps.