Note: The Jets were off on Monday after back-to-back wins over the weekend. They are in Nashville where they will conclude their five-game road trip against their division rival Predators. With it being a gameday all eyes will be on morning skate which gets underway at 11:30 AM CST. All the relevant news will be posted in the pre-game report so check back for that. Puck drop is at 7:00 PM CST.

Note II: This evening, after the final buzzer sounds between Winnipeg and Nashville, we want you to be part of the conversation on the Illegal Curve Post-Game Show as we discuss and analyze the results of the game. This season you’ll have a chance to win great schwag including authentic Jets jerseys, hats, etc after every single game and now a grand prize of a pair of tickets to an NHL game of your choice (For a variety of ways to enter click here).

Note III: The Moose will be volunteering at Siloam Mission today as they help support the community.

Note IV: The Ice sit atop the Eastern Conference and will head west later this week as they prepare for a trio of games in Alberta starting in Lethbridge on Friday.

Winnipeg Sun: It’s a work in progress, but Jets find success with optimized top six. They were already rolling along but add yourself a dash of Dane and that six is looking formidable. 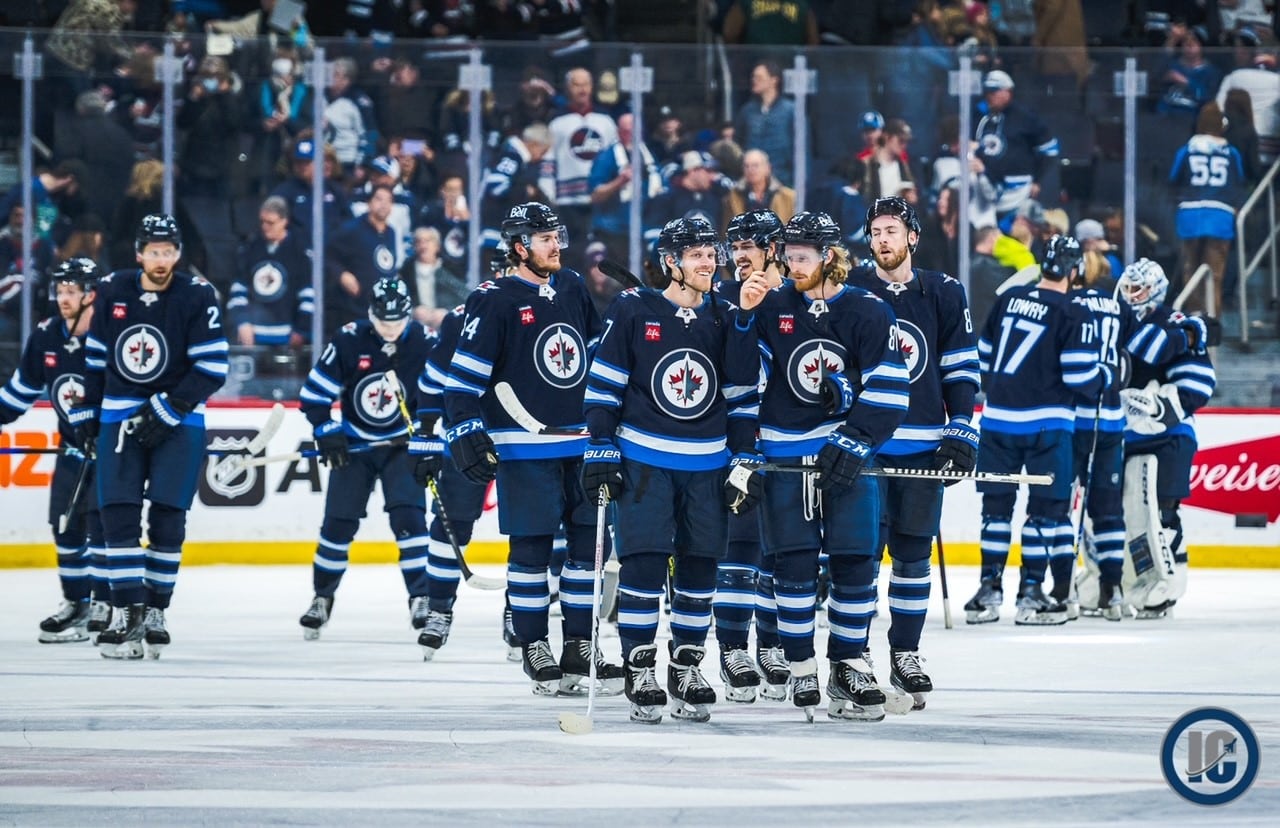 The Athletic Winnipeg: Jets Stanley Cup contender checklist: Where are they thriving? (Paywall). As always an interesting read from Murat as he looks at what makes a contender and whether the Jets have what it takes to be considered a contender.

Global News: Jets pick up back-to-back points after pair of tough losses. One moment you’re at the lowest of the low and the next you are at the highest of the high. Which is why it is important to remember to take a measured approach to either end of the spectrum.