Note: The Jets used Monday as a travel day after a successful quick stop at home where they defeated the Coyotes on Sunday which was their eighth win in their last nine games. They did reassign Jansen Harkins to the Moose and recall Ville Heinola up to the big club. They begin five on the road tonight in Montreal against the Habs. With it being a gameday all eyes will be on morning skate which gets underway at 10:30 AM CST. All the relevant news will be posted in the pre-game report so check back for that. Puck drop is at 6:00 PM CST.

Note II: This evening, after the final buzzer sounds between Winnipeg and Montreal, we want you to be part of the conversation on the Illegal Curve Post-Game Show as we discuss and analyze the results of the game. This season you’ll have a chance to win great schwag including authentic Jets jerseys, hats, etc after every single game and now a grand prize of a pair of tickets to an NHL game of your choice (For a variety of ways to enter click here).

Note III: The Moose are also in action today as they kick off a six-game homestand starting with the Wolves this evening in Winnipeg. Puck drop is at 7 PM.

Note IV: The Ice are next in action on Wednesday night when they take on the Raiders in Prince Albert. 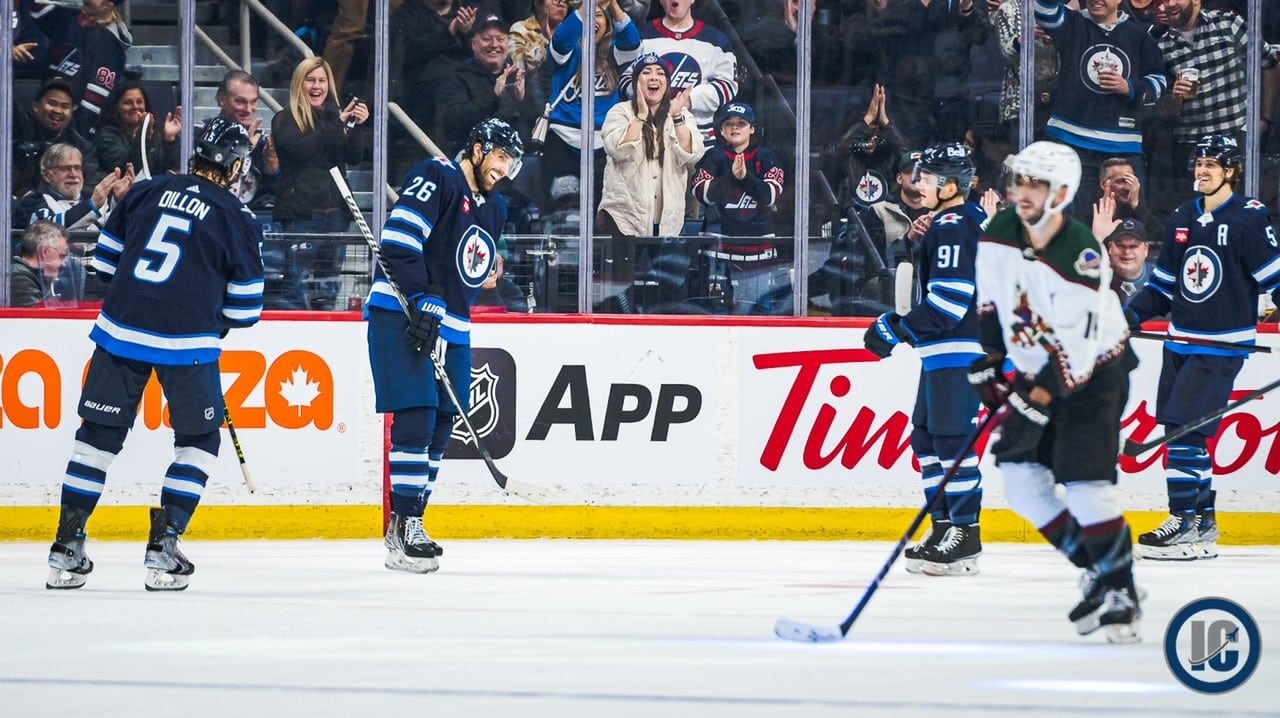 Daily Faceoff: Should the Winnipeg Jets be aggressive at the trade deadline? Even though the deadline is still aways away it feels like these types of articles are gonna be the rage for the next six weeks.

The Hockey News: Jets GM Kevin Cheveldayoff Reflects at Mid-Season. Absolutely nothing in here that wasn’t said last week during his chat with Kenny, Mike and Scott.

The Athletic Winnipeg: Jets and Pierre-Luc Dubois have evolved but unavoidable intrigue remains about future. (Paywall). This season and next are going to be fascinating to watch, not just with respect to Dubois but with regards to him and many other storylines.

Global News: Western Conference-leading Jets capable of greatness. Cam chimes in on the success of the local NHL club.