Note: The Jets were able to break their recent pattern of poor starts in yesterday’s afternoon affair against the Canucks but they were inconsistent from the goalie out which allowed Vancouver to overcome two, two goal deficits in the contest. However the home team had a very good 3rd period which propelled them to a 7-4 win, their fifth straight victory. Today they could practice but the expectation is that they will head out on the road to Detroit.

Note II: The Moose had a good start but a poor end to their weekend away from Manitoba as they won their game in Laval on Friday but got pummeled in Belleville on Saturday. They are in Toronto today where they will get set to face the Marlies twice this week. With the Jets continuing to get healthy it is possible they get another player from the big club.

Note III: In a battle of east vs west superpowers it was the #1 Ice that came out on top yesterday defeating the #2 Winterhawks by a final score of 6-3 in Winnipeg. Next up they face Seattle on Wednesday.

The Athletic Winnipeg: Jets’ Nate Schmidt on life in Winnipeg, happiness and fan interactions: Q&A. (Paywall). You had questions and usually Murat is the one answering them but in this instance he took your questions to Jets defenceman Nate Schmidt and not surprisingly hilarity ensues.

Global News: Jets’ win streak a reminder team has what it takes to be great. It seemed like the sky was falling in Jetsland during that four losses in five games stretch and now that is but a distant memory. It isn’t as if the Jets have destroyed their opposition during this current win streak. The only game they actually started on time was the win against the Canucks on Sunday afternoon. But given the return of four key players and those four working the rust out of their game, this team is poised to continue to do some damage.

Sportsnet: Ehlers finds usual form as Jets take down Canucks, extend win streak to five. When you miss 36 straight games it isn’t easy to be back in midseason form like the rest of your teammates but somehow in just his second game back number 27 looked like he was back in business.

Sportsnet: In a battle of backup goaltenders, Vancouver fails to come out on top. That was a masterclass in how not to play the position. Check out this game recap from a writer that covers the Jets opponent.

Winnipeg Sun: Connor, Ehlers and Dubois light it up as Winnipeg Jets thump Canucks for fifth straight win. The duo of Dubois and Connor has been deadly and when you add an equally lethal winger in Ehlers it makes the trio very hard to handle. 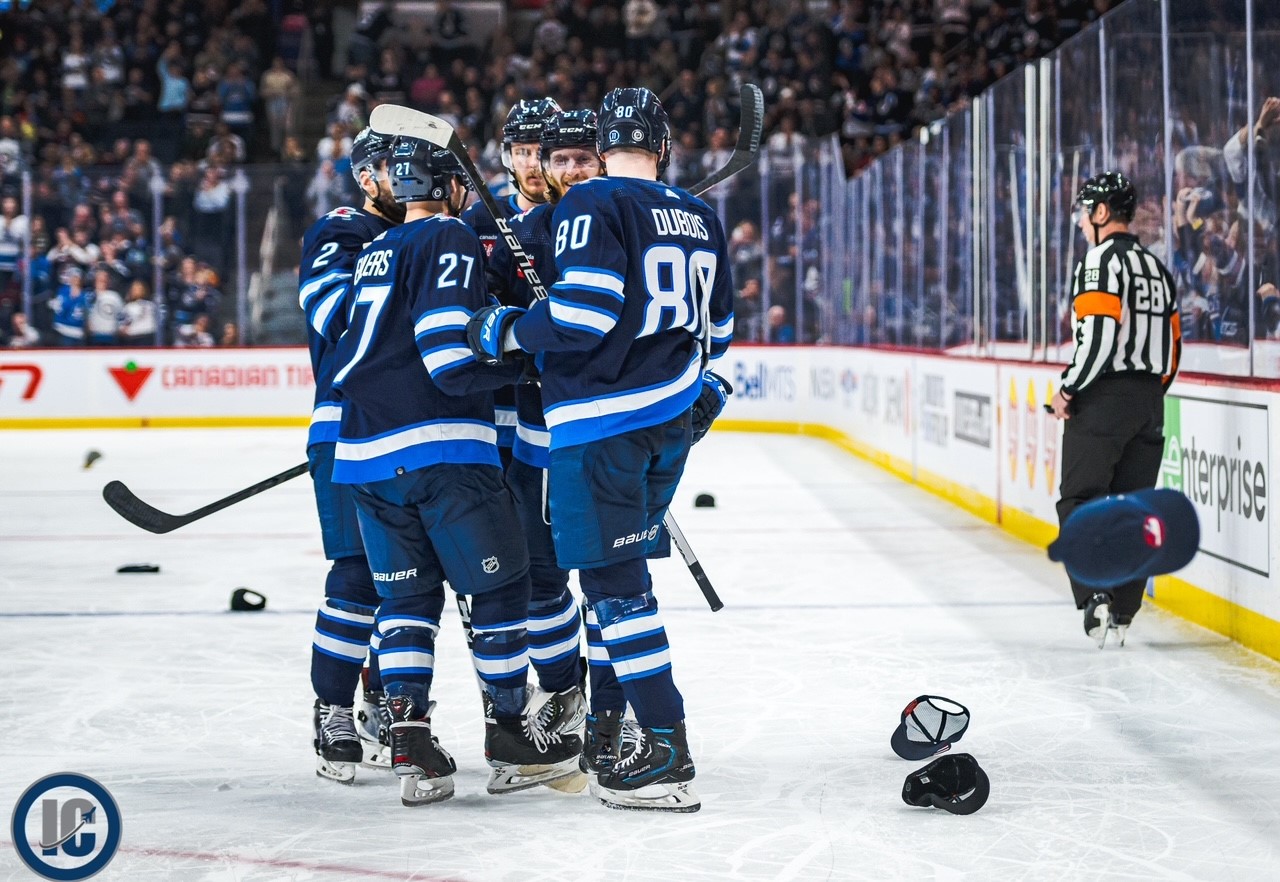 Winnipeg Free Press: Ehlers quickly finding his form. (Paywall). No trade this team can make will be as impactful as “acquiring” Ehlers as the midpoint of the season approaches. It will take him some more time to find his form but if last night was any indication that won’t take much longer and the Jets will be pretty big beneficiaries of that fact.

Winnipeg Free Press: Connor fills hat as Jets win fifth straight. (Paywall). Pretty incredible to think that Kyle Connor had just two goals in his first 14 games of the season and is now on pace for 40. His sixth straight season hitting the 20 goal mark. And he is on pace to hit the 100 point mark for the first time in his career.

Vancouver Sun: Defensive miscues undo solid offensive effort, again. If you’d like insight into the game from a beat writer that covers the Canucks check out this game recap.

Illegal Curve Hockey: Saturday Show. Plenty discussed on the show this weekend including: recap of the Jets/Lightning game. Return of Wheeler, Perfetti, Ehlers and Schmidt. The production (or lack thereof) from Jets bottom six. What kind of trade might Winnipeg be looking to make?