Note: The Jets hit the ice for a practice on Saturday and aside from Saku Maenalanen wearing a light blue, light contact uniform and a few missing players (Kevin Stenlund & Morgan Barron who exercised their options) nothing of significance took place, which given all the change this team has undergone, is probably a good thing. With it being an afternoon gameday no morning skate but you can still check back for the pre-game report. Puck drop is at 2:00 PM CST.

Note II: This afternoon, after the final buzzer sounds between Winnipeg and Vancouver, we want you to be part of the conversation on the Illegal Curve Post-Game Show as we discuss and analyze the results of the game. This season you’ll have a chance to win great schwag including authentic Jets jerseys, hats, etc after every single game and now a grand prize of a pair of tickets to an NHL game of your choice (For a variety of ways to enter click here).

Note III: The Moose got absolutely thrashed last night losing 6-1 to the Senators in Belleville. So far the road trip has gotten off to a rocky start with Manitoba winning once and losing twice. Next up they face the Marlies in Toronto on Wednesday.

Note IV: There is going to be a very good tilt this evening in Winnipeg as the Ice host the Winterhawks at 5:05 PM CST. It may feel like a home game for Portland who have seven Manitobans on their roster. Battle of 1st place in the East (28-5-0-0) vs 2nd place in the West (26-5-2-1).

Winnipeg Sun: “We were a bunch of pissed-off guys”: How the Winnipeg Jets turned their penalty kill into a game-winner. The change in the PK, like many chances around these parts, seems subtle given the largely same personal but have clearly had a monumental impact. 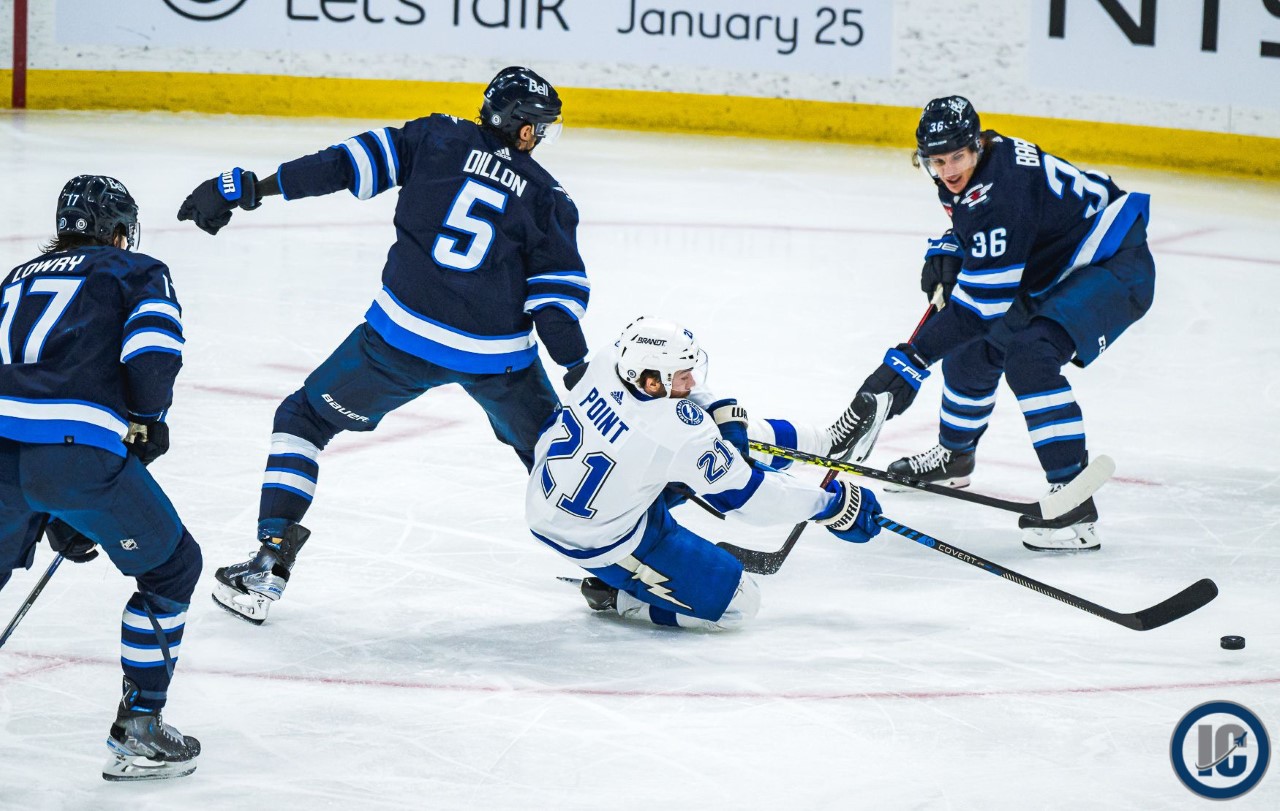 Winnipeg Free Press: Jets D-man DeMelo has built career on basics. (Paywall). It is quite amazing how many folks seem to take the stable, not very flashy defenceman for granted. Clearly his coach and teammates do not.

Illegal Curve Hockey: Saturday Show. Plenty discussed on the show yesterday including: recap of the Jets/Lightning game. Return of Wheeler, Perfetti, Ehlers and Schmidt. The production (or lack thereof) from Jets bottom six. What kind of trade might Winnipeg be looking to make?