Note: The Jets and Lightning renewed their Southeast Division hate last night in Winnipeg which saw the home team pick up a hard fought 4-2 win over the visitors which was their fourth straight win and improved them to 25-13-1 on the season. They are scheduled to practice today (provided it doesn’t get cancelled) we will post a Practice Report.

Note II: The Moose put an end to their losing streak last night in Laval as they defeated the Rocket 5-4 in OT to improve to 17-10-2-1. It wasn’t all good as after building leads of 3-0 (Goals: Toninato, Polei & Bongiovanni) and 4-1 (Torgersson) including allowing three, 6 on 5 goals to send the game to extra time. Eventually, Jansen Harkins scored his sixth goal in seven games in the AHL to seal the deal in extra time for Manitoba.

Note IV: Join us this morning at 9 AM CST on the Illegal Curve Hockey Show for two hours of mostly Jets talk. We will be joined by sports editor Jason Bell of the Winnipeg Free Press and Marty Biron of TSN.

Sportsnet: Josh Morrissey shows why he’s an All-Star yet again as Jets beat Lightning. Another three assists for number 44 last night but it isn’t just the points.

Winnipeg Sun: Jets win wild game against Tampa Bay Lightning. It felt like a meeting between two teams that play each other a dozen time in the regular season. 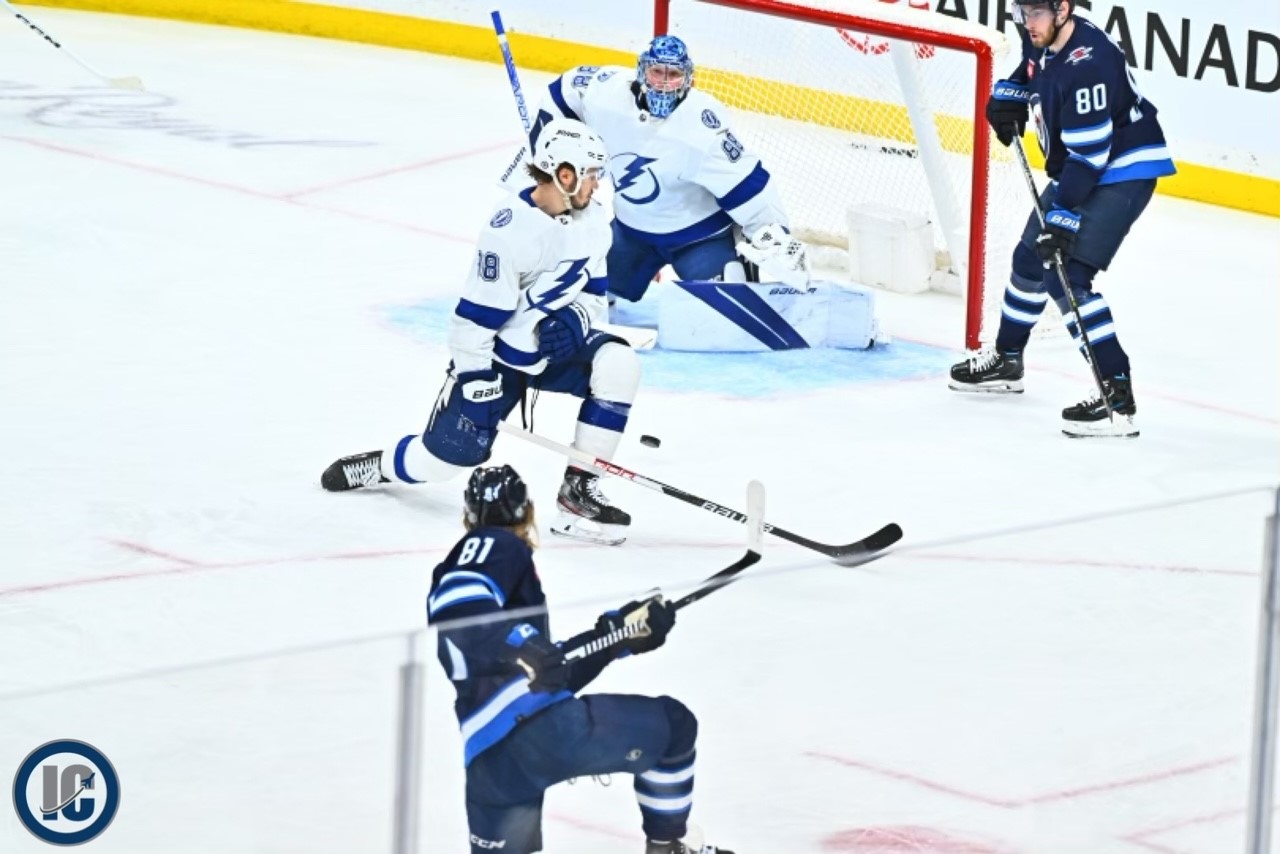 Winnipeg Free Press: All-star nod has Morrissey thinking of late father. (Paywall). I am not sure there is a more forthright player on this team. He is always willing to share.

theScore: Cooper laments Bolts’ ‘complete lack of discipline’ in loss to Jets. He is also from the coaching mold that doesn’t pull any punches.

Tampa Bay Times: Penalty-prone Lightning fall to Jets in Winnipeg. There was certainly a lack of discipline in the game from the visitors.

Sportsnet: Where do the Jets rank amongst the elite teams in the NHL? Sean Reynolds and Ken Wiebe discuss the Winnipeg Jets’ win over the Tampa Bay Lightning which extended their win streak to four games, where the Jets rank in the discussion of elite teams, Pierre-Luc Dubois’ two-goal performance, and more.

TSN: The Jets’ top-six is set up to do damage in the Central Division. The Winnipeg Jets got both Blake Wheeler and Nikolaj Ehlers back in their lineup, and while they were certainly welcome additions, it was the rest of the Jets’ top six that helped lift them over the Tampa Bay Lightning. TSN hockey analyst Frankie Corrado joins Darren Dutchyshen to discuss the powerful Jets’ top six.

TSN: Could Josh Morrissey win the Norris Trophy? NHL analyst Frankie Corrado and TSN Director of Scouting Craig Button joins That’s Hockey to talk about the potential of Josh Morrissey not only being a Norris Trophy candidate but also winning the prestigious award and what head coach Rick Bowness has brought to the Jets as he gets ready to coach his 2600th career game.