Note: The Jets are getting closer to full health but ended up with an 11/7 lineup (here was rational from head coach Rick Bowness on why) in the game last night against the Flames. It proved sound as they team, behind the goaltending of Connor Hellebuyck, grinded out a 3-2 regulation win to improve to 23-14-1 on the season. Given the team doesn’t play again till Friday they may have a day off although they will be back in action at the All-Star Skills Competition which takes place at Canada Life. Doors open at 6 PM CST and the festivities begin at 7 PM CST.

Note II: The Moose, who could have Jansen Harkins back in the fold after he cleared waivers on Tuesday, begin a six-game road trip starting in Laval tonight against the Rocket. Puck drop is at 6 PM CST.

Sportsnet: Offence from defence: Jets blue-liners continue to shine in win over Flames. Coincidental timing that there was a question in the morning media availability about getting offence from the defence and then it was on full display last night. 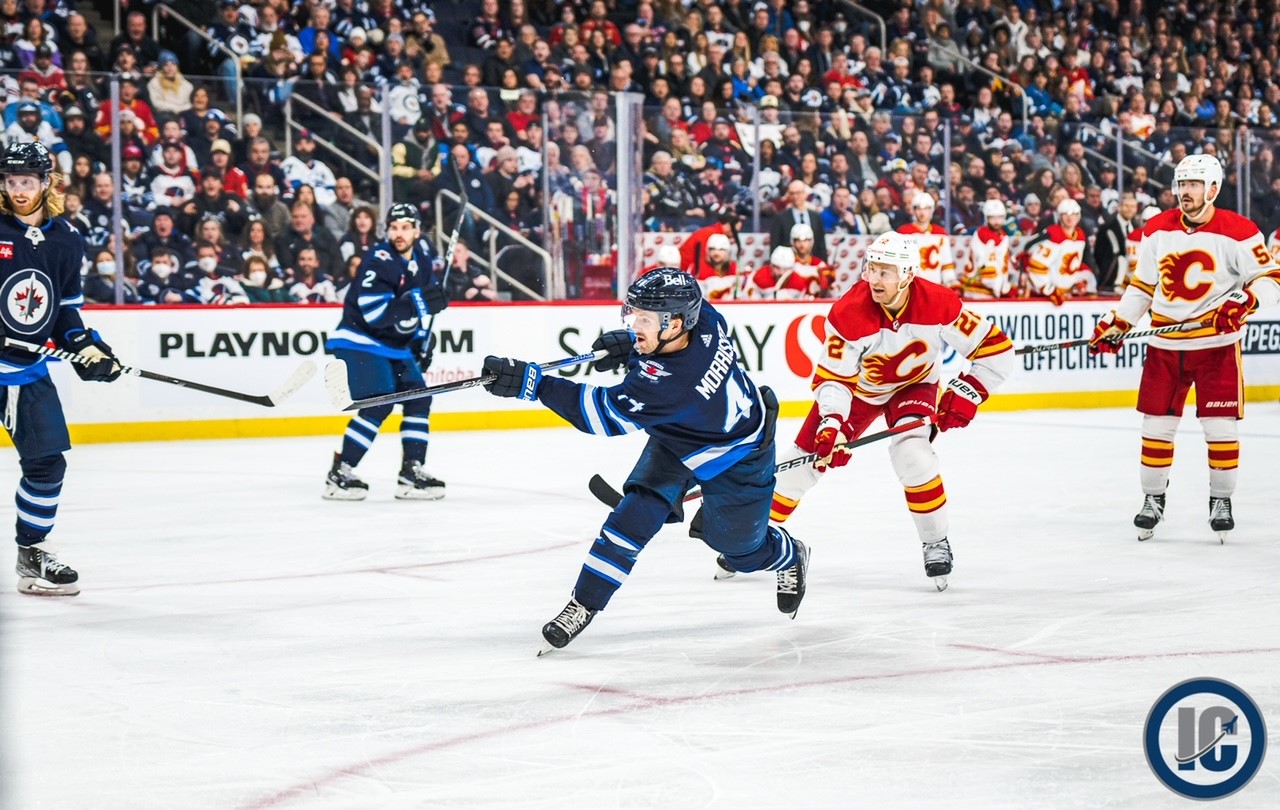 Winnipeg Sun: Heinola makes case to stick around as Jets edge Flames. The 2019 first rounder is rounding into form as he gets more comfortable at the NHL level which is going to lead to some interesting decisions with Nate Schmidt about to return and the D ranks about to swell. Scott has more on this and on the game last night.

Winnipeg Sun: Cole Perfetti targeting Friday return. That sound you hear is the sound of fresh troops on the horizon as Winnipeg is about to get a number of familiar faces back which in turn is going to lead to some interesting lineup decisions.

Winnipeg Free Press: Jets douse Flames 3-2. (Paywall). It wasn’t exactly a barn burner but Mike gives you his thoughts on the contest.

Winnipeg Free Press: Jets D flourishing under Bowness. (Paywall). The D scored 24 last year and now they’ve already got 20 not even at the midpoint which makes it look the the pre-season goal of mid 40s is very attainable.

Global News: Jets edge Flames 3-2 for third straight win. Ross breaks down the game from his spot inside Canada Life.

Calgary Sun: Flames can’t score late equalizer, waste solid effort in Winnipeg. If you wanna read about the game from the perspective of a writer that covers the Jets opponent check this out.

TSN: Sawyer on Jets’ win over the Flames: ‘It really felt like a playoff game’. Kevin Sawyer joins Dan Robertson to explain how the Flames-Jets game had a playoff feel to it, and why offence from the defence for Winnipeg proved to be the difference.

The Record: Rangers add Winnipeg Jets prospect Danny Zhilkin in swap with Guelph Storm. He’s got a relatively fresh new deal from the Jets and now he has a new team in the OHL.