Note: The Jets laundry list of skating wounded grew on Saturday with the addition of Blake Wheeler (see here) and Nate Schmidt (see here) to bring the number to six players out of the lineup for at least three to four more weeks. The Jets didn’t allow that to impact them as they demolished the hapless Canucks last night 5-1 in Vancouver. They close out this quick, two-game trip out west tonight in Seattle. All the relevant news will be posted in the pre-game report so check back for that. Puck drop is at 7:00 PM CST.

Note II: This evening, after the final buzzer sounds between the Jets and Kraken, we want you to be part of the conversation on the Illegal Curve Post-Game Show as we discuss and analyze the results of the game. This season you’ll have a chance to win great schwag including authentic Jets jerseys, hats, etc after every single game and now a grand prize of a pair of tickets to an NHL game of your choice (For a variety of ways to enter click here).

Note III: The Moose, like the Jets, had themselves a very good Saturday as they opened their two-game homestand with a lot of goals against the Senators. Opened the 1st with three goals (Maier, Torgersson & Gawanke) added two more (Polei & Malott) in the middle frame and then one last one (Malott) in the 3rd which combined to equal a 6-2 win by the home team. Puck drop is at 2 PM in the re-match between Manitoba and Belleville.

Note IV: The Ice and Wheat Kings were able to play the concluding game of the back-to-back last night in Winnipeg after having the game on Friday in Brandon postponed due to weather. Last night the Winnipeg based WHL club won 4-3 in OT to improve to 26-4-0 record as they enter the holiday break. They are back in action on December 28th in Moose Jaw. 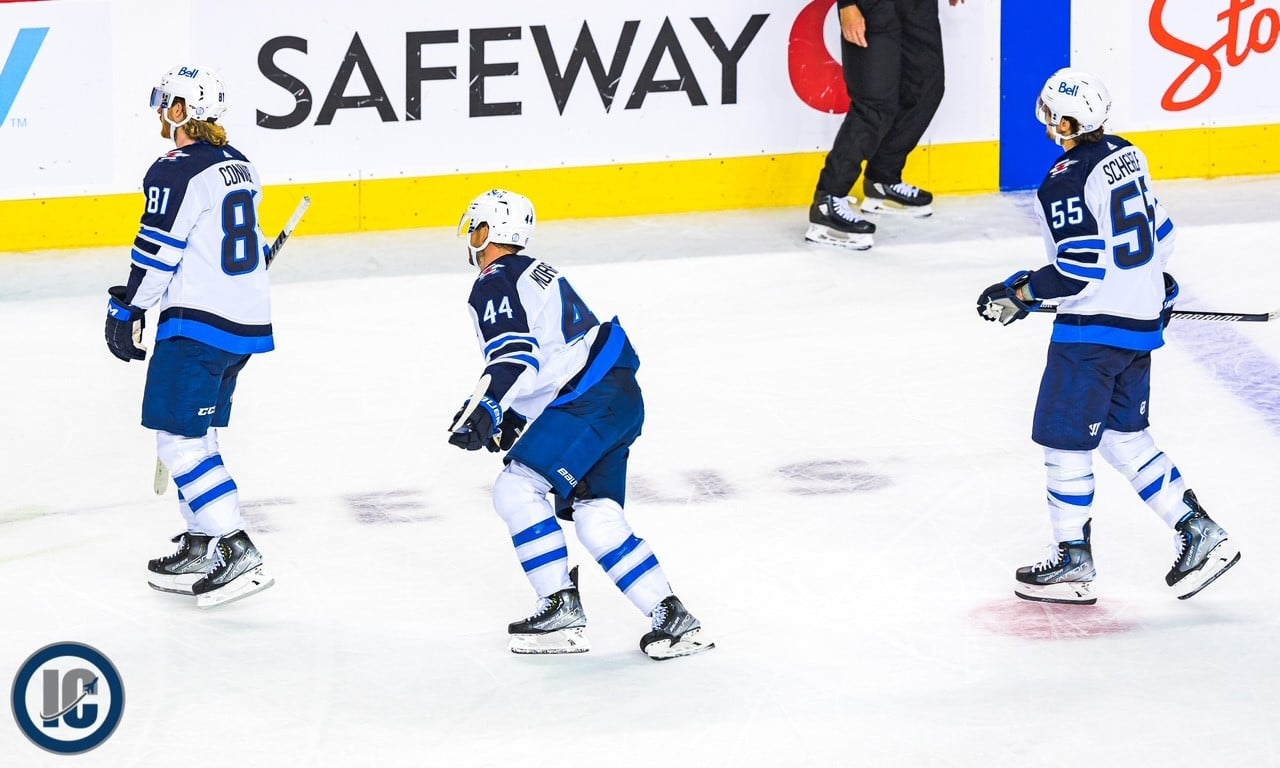 Sportsnet: Canucks confused by lack of energy, focus in yet another loss on home ice.

The Athletic Winnipeg: Jets’ Blake Wheeler out at least 4 weeks after groin surgery: Who steps up for Winnipeg? (Paywall).

Illegal Curve Hockey Show: Saturday Podcast. On yesterday’s morning’s show we looked back at the Jets week that was, whether the Jets can bring forth the same effort they had against Preds in the games this weekend, previewing Jets/Canucks, when might the Jets insert Karson Kuhlman into the lineup, who might come out and playing Ville Heinola.