Note: The Jets took Monday off following their loss to the Capitals on Sunday night which was the first time they haven’t won in five games. They face a very tough challenge tonight as they welcome Vegas to town in a battle of 1st place clubs in their respective divisions. The Golden Knights have been excellent away from Nevada sporting a 12-2-1 record on the road while Winnipeg has been very good at home with a sterling 10-4-0 record. The only Jets news on Monday was the team returning Kevin Stenlund to the Moose although given it was an emergency recall they had an obligation to do so given the emergency (i.e. a hockey game without 12 healthy forwards was no longer reality). It seems likely that they will recall him again today (Update: He was recalled). With it being a gameday all eyes will be on morning skate which gets underway at 10:30 AM. All the relevant news will be posted in the pre-game report so check back for that. Puck drop is at 7:00 PM CST.

Note II: This evening, after the final buzzer sounds between the Jets and Golden Knights, we want you to be part of the conversation on the Illegal Curve Post-Game Show as we discuss and analyze the results of the game. This season you’ll have a chance to win great schwag including authentic Jets jerseys, hats, etc after every single game (For a variety of ways to enter click here).

Note III: The Moose are also back in action tonight as they do battle against the Wranglers in Calgary for the first time ever. Puck drop is at 8 PM CST.

Winnipeg Sun: Jets’ short memory, good play helping fend off losing streaks. It’s funny how it is important to be able to park a loss but the one thing this coaching staff seems intent on reinforcing is learning from the mistakes and not repeating them over and over and over again. 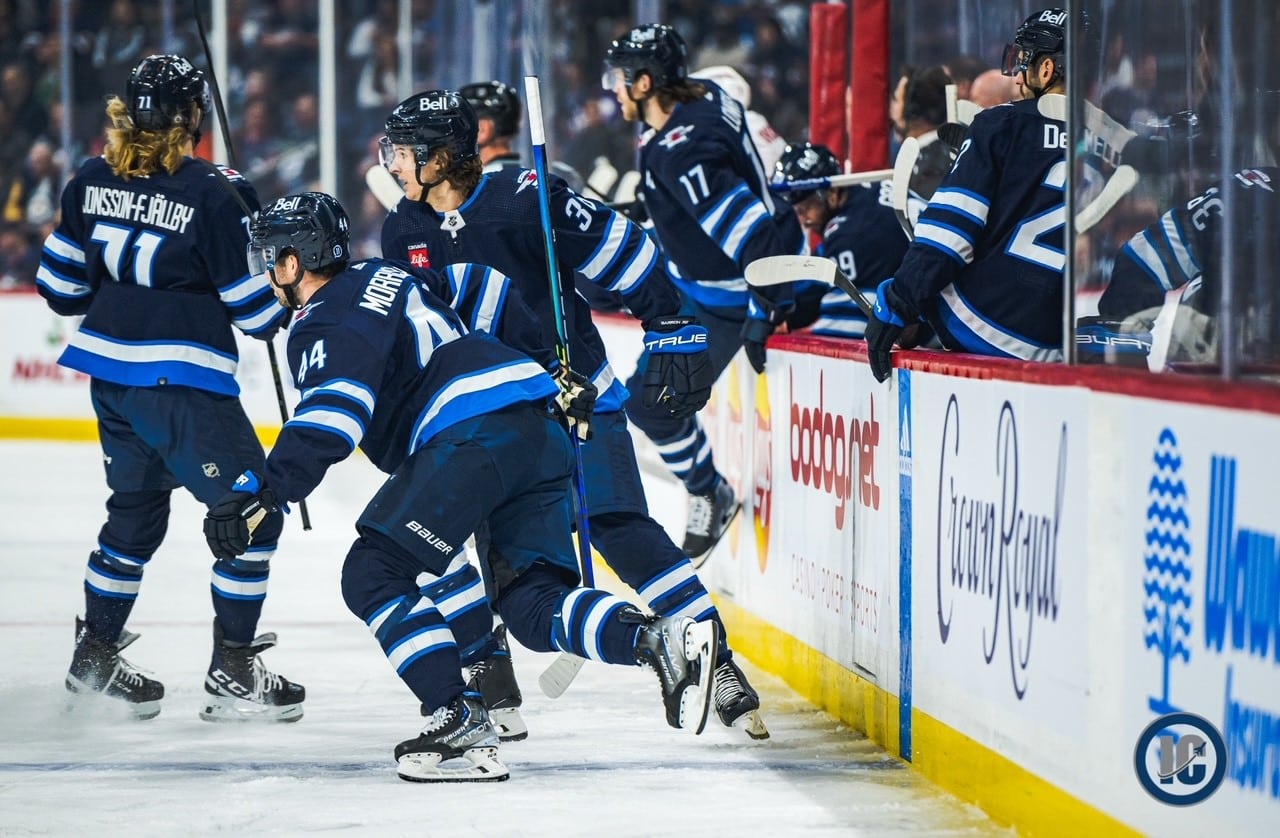 Winnipeg Free Press: The Jets? They play in Winnipieg… or is it Winnipig? (Paywall). Even Jets merch gets the Rodney Dangerfield treatment with some serious “no respect”. I kid of course but I do like the final line of the article poking fun at the lame City of Winnipeg saying.

Daily Faceoff: NHL goalie tandem rankings update 1.0: Jets take off, Flames go cold. Former pro goalie Mike McKenna takes a look at the tandems in the NHL and ranks them. While the focus is on duos the Connor Hellebuyck experience has propelled the duo in Winnipeg into the top 2.

The Athletic: Rick Bowness is giving Jets the reset their franchise so desperately needed. (Paywall). If you don’t have a subscription then you can watch the Got Yer’ Back podcast because he is essentially just transcribing the topics from that chat.

Global News: Three candidates for Jets MVP emerge one-third into season. Kelly gives you two players and one coach as your options to select from in his latest piece.