Note: The Jets were off yesterday so today is the earliest we expect to get updates on Logan Stanley and Saku Maenalanen. It is interesting to note that no forwards were recalled from the Moose so perhaps the news isn’t as bad as it looked on the Finnish forward. With it being a gameday all eyes will be on morning skate which gets underway at 9:30 AM. All the relevant news will be posted in the pre-game report so check back for that. Puck drop is at 6:00 PM CST.

Note II: This evening, after the final buzzer sounds between the Jets and Capitals, we want you to be part of the conversation on the Illegal Curve Post-Game Show as we discuss and analyze the results of the game. This season you’ll have a chance to win great schwag including authentic Jets jerseys, hats, etc after every single game (For a variety of ways to enter click here).

Note III: The Moose continue to show they rebound well after a loss as they defeat the Canucks 2-1 in the second game of this series. They got goals from 2019 2nd rounder Simon Lundmark (see here) and the game-winning goal from leading scorer Alex Limoges (see here). It was the seventh time this season they followed up a loss to open a two-game series with a win. They are now 11-6-2-1. They head to Calgary for the first time to take on the Wranglers.

Note IV: The Ice conclude their four-game homestand against Prince Albert this evening. Puck drop is at 7:05 PM CST.

Winnipeg Sun: Capitals, Jets face off while riding winning streaks. A preview of the contest with the latest from both clubs.

Winnipeg Sun: Should the Winnipeg Jets be all-in this season? An excellent column from Scott as he details the costs for teams who are serious about going “all-in” in their quest for the Stanley Cup. The costs are not insubstantial as Scott lays out but looks at the potential pay off. He also makes some very good points at the end with respect to the pressure on Cheveldayoff given the reality of contract situations for a number of players in the organization. 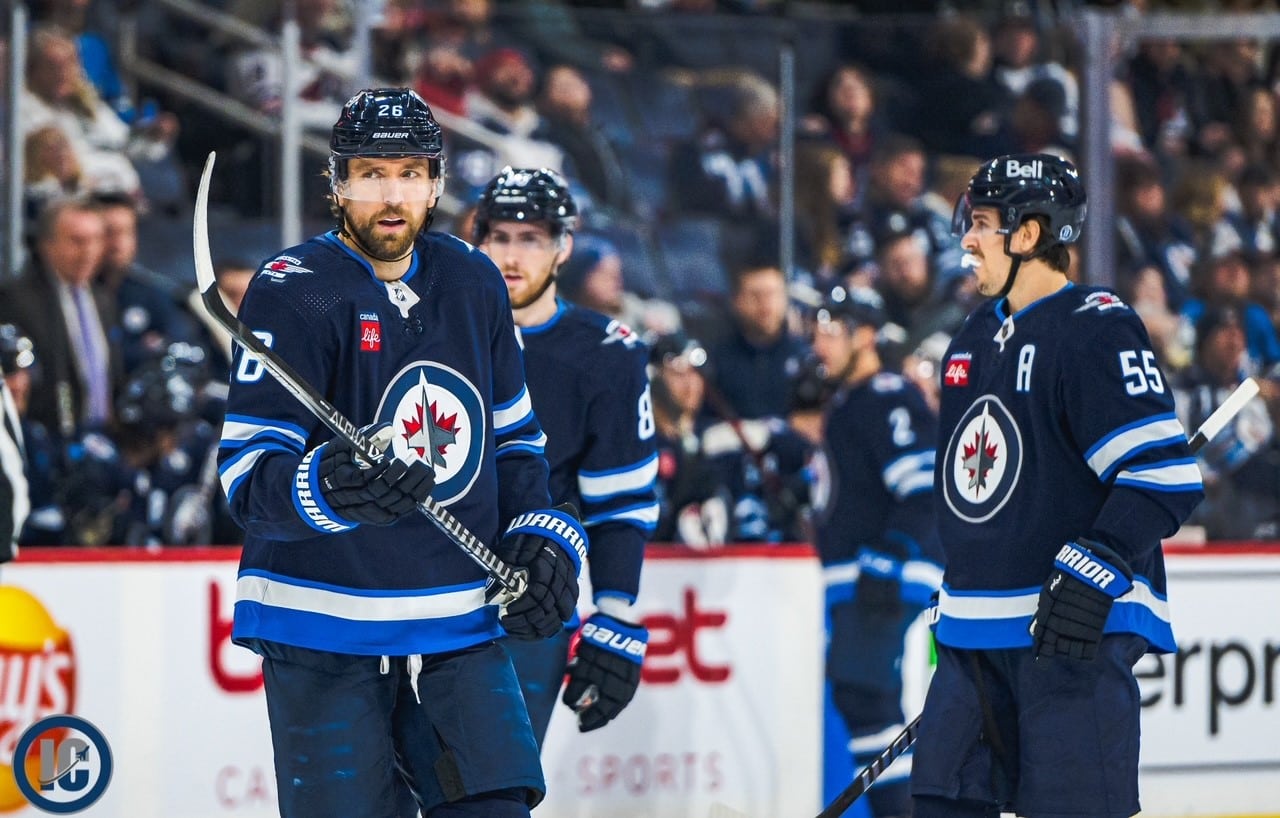 Winnipeg Sun: Jets Snapshots. Paul gives you plenty of topics in this column touching on: 1) Move over Big Buff, No. 44’s comin’ through. 2) Playing on consecutive days not pretty. 3) don’t tell Lowry there are still nine to go. 4) Harkins gets reprieve from the grind.