Note: The Jets played last night in Chicago where they picked up a 3-1 win to run their win streak to four games as they improved to 18-7-1 on the season. They are an incredible 10-2 against the Central Division which they currently sit in top spot. Today is a day off. We will have to wait for tomorrow to get updates on Logan Stanley and Saku Maenalanen.

Note II:  The Moose got absolutely pumped last night as the Canucks demolished them 7-0. They are back in action tonight in Abbotsford where they will have a re-match with the Canucks. Puck drop is at 9 PM CST.

Note V:  Join us on the Illegal Curve Hockey Show at 9 AM CST for two hours of mostly Jets talk. We will be joined by Cameron Poitras of CJOB 680 and Samantha Pell of the Washington Post.

The Athletic Winnipeg: The Winnipeg Jets are good again, so soak it all in. (Paywall). There have been plenty of storylines already this season and Murat gives you a long rundown of why things are working again in ‘Peg city.

Sportsnet: Mikey Eyssimont impressing with substance over style as Jets stay hot. The Jets haven’t had a player like Eyssimont since the days of Brandon Tanev. I’ve documented since he joined the organization that he is the type of player that bring a tenacity and a level of pugnacious play that Winnipeg just didn’t have before he arrived on scene. We saw it with the Moose and now we are seeing it on the Jets. 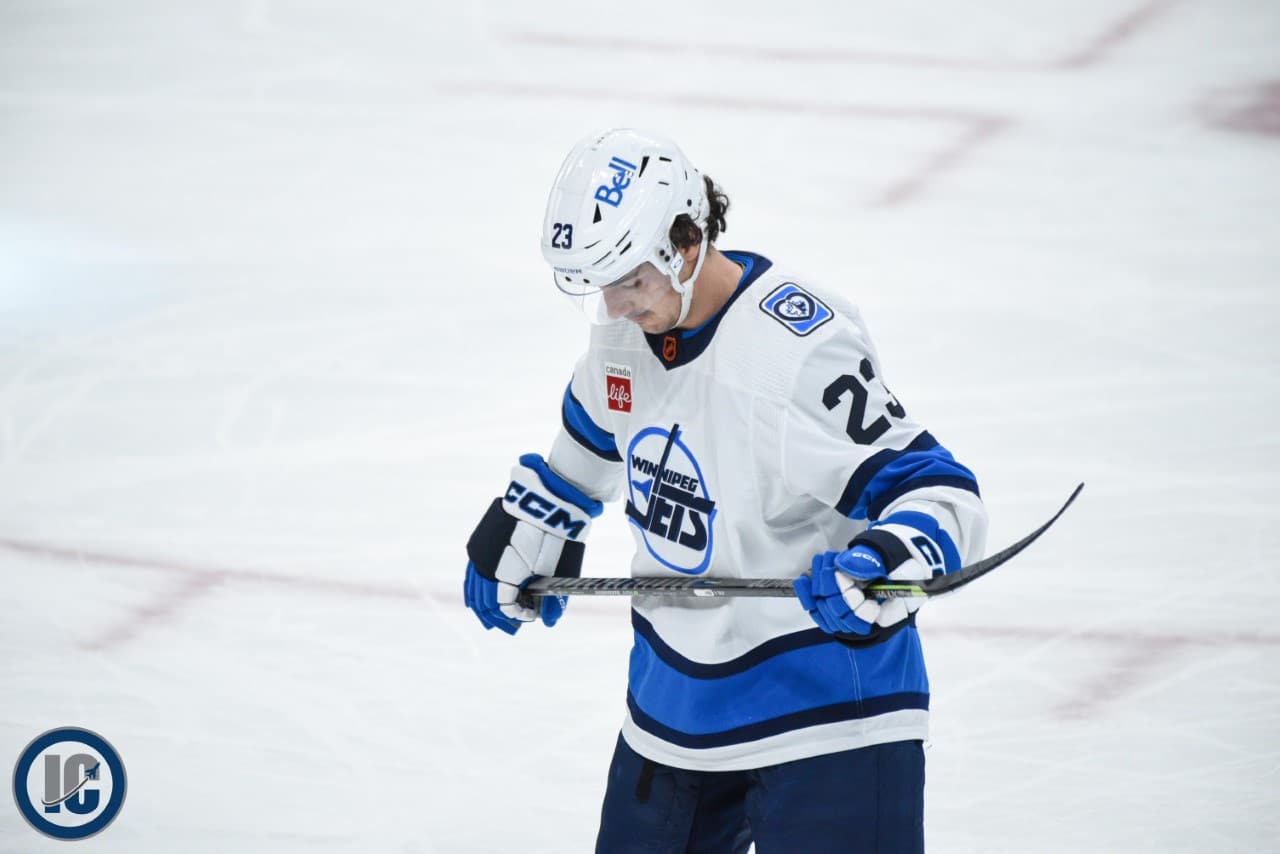 Winnipeg Sun: Jets make it four wins in a row with victory over Hawks. This Jets team, despite the similarities to the composition of the 2021-22 team, is a completely different animal. A game like last night was one they likely would have lost last season. Paul gives you his thoughts from Chicago.

Winnipeg Free Press: Jets’ dominance of Hawks continues. (Paywall). Hard to believe that when Chicago and Winnipeg met for the first time this season both teams were rolling. Since that time the Jets have continued to elevate their game but the Hawks have hit rock bottom. Jeff recaps the game from his spot inside the United Center.

Winnipeg Free Press: Upbeat blue-liner Schmidt revelling in Jets’ success. (Paywall). While some lament the size of his contract the fact is his attitude is absolutely been a difference maker for a Jets club that was way too serious before his arrival. And that isn’t to suggest he is only about levity. It’s clear he knows when it is time to put in the work but this team isn’t the same without 88.

NBC Sports Chicago: 10 observations: Soderblom shines but Hawks fall to Jets. Always good to get the pulse from a writer that covers the Jets opponent.

TSN: Morrissey’s strong offensive play paying dividends for Jets. With a victory over the Blackhawks, the Jets have now won seven of their last eight games. Defenceman Josh Morrissey’s offensive production, and the team’s overall defensive work have been prevalent throughout the stretch, according to TSN Hockey analyst Frankie Corrado.

Sportsnet: Does Dubois’ hot start change his long-term future with the Jets? HNIC’s Elliotte Friedman joins the Jeff Marek Show to discuss so many of the Winnipeg Jets having great starts to this season, with Hellebuyck and Pierre-Luc Dubois leading the charge, and whether Dubois will be part of this team’s long-term plans.