Note: The Jets used yesterday as a travel day as they took off for Missouri where they being a quick, two-game road trip starting with the Blues this evening in St. Louis. Morning skate gets underway at 11:30 AM. All the relevant news will be posted in the pre-game report so check back for that. Puck drop is at 7:00 PM CST.

Note II: This afternoon, after the final buzzer sounds between the Jets and Blues, we want you to be part of the conversation on the Illegal Curve Post-Game Show as we discuss and analyze the results of the game. This season you’ll have a chance to win great schwag including authentic Jets jerseys, hats, etc after every single game (For a variety of ways to enter click here).

Note III: The Moose, with Dominic Toninato added to the folk on Wednesday after passing through waivers, will head to Abbotsford today where they will practice later this afternoon. They kick off four on the road tomorrow night against the Canucks with a 9 PM puck drop.

Note IV: The Ice will now prepare to end their homestand this upcoming weekend against the Chiefs on Friday and then conclude it against the Pats on Sunday. The game against Spokane is their Teddy Bear Toss Game which will see Winnipeg team up with the Children’s Hospital Foundation of Manitoba.

Winnipeg Sun: Jets Snapshots. Couple of topics touched on by Scott including: 1) To watch the standings, or not to watch? 2) Jets power play on fire. 3) Coach saw this coming for Connor. 4) Scheifele a video star. 5) Team still not quite playing a full 60. 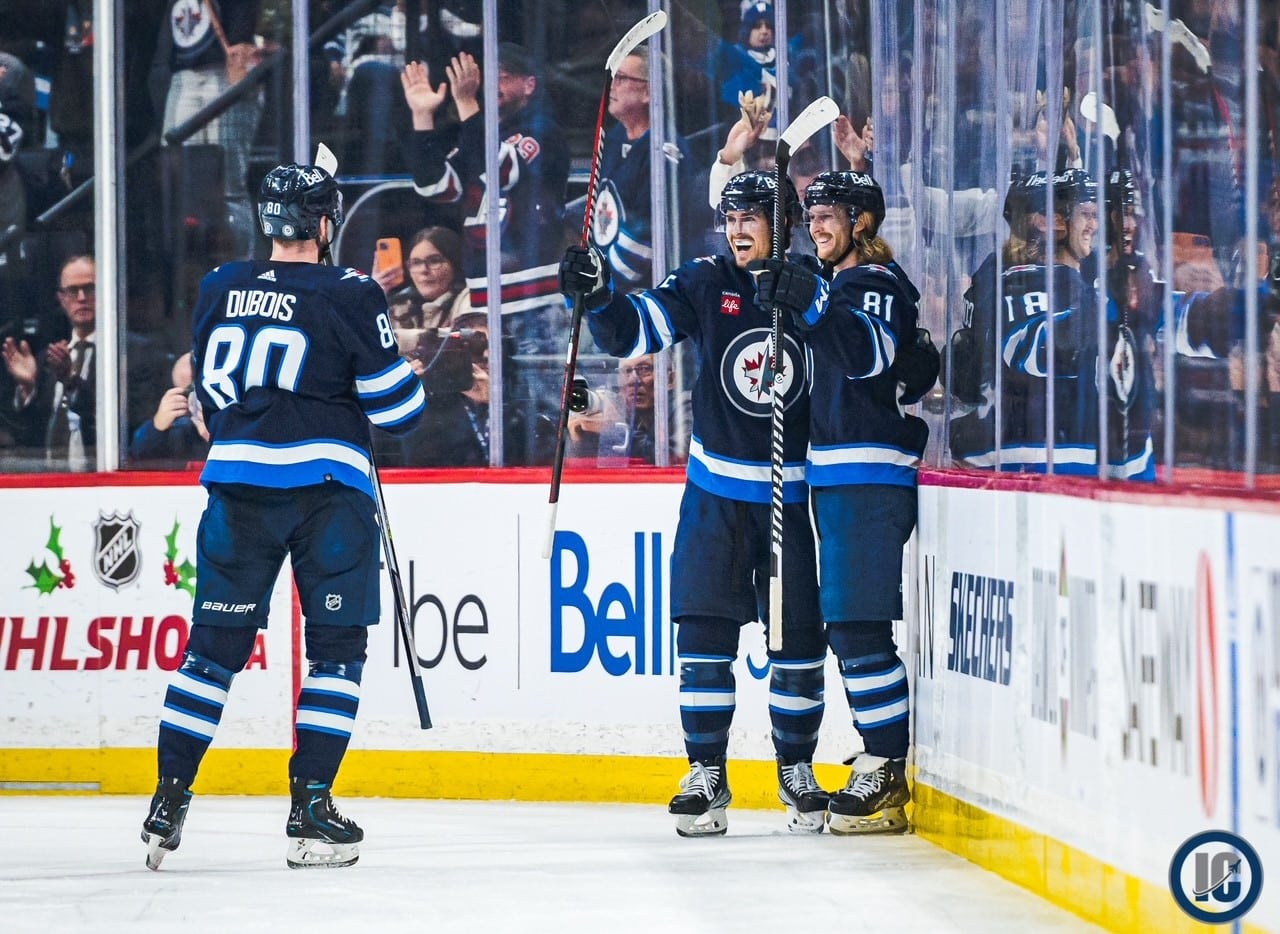 Winnipeg Free Press: Inspired by late father’s words, Jets defenceman Josh Morrissey reaching new heights. (Paywall). He has a level of maturity well beyond his years. His attitude is inspiring, and he has clearly embraced the challenges this season.

Winnipeg Free Press: Scheifele’s praise for Bowness suggests reasons for rift with Maurice. There certainly seemed to be a lot said without a lot being said. At the same time it now qualifies as old news given the Jets and Panthers are done until late March.

Got Yer’ Back: A chat with Jets bench boss Rick Bowness. Bowness joined the Got Yer Back Podcast with Ryan Rishaug and Pierre LeBrun of TSN.