Note: The Jets concluded their four-game homestand with a big 5-2 win over former bench boss Paul Maurice and his Florida Panthers which moved them into 1st place in the Central. Former head and assistant coach Paul Maurice and Jamie Kompon were given a warm welcome back to Winnipeg. Matthew Tkachuk not so much as fans let him know he was the least favourite of the boys. The Jets picked up their 16th win last night which they achieved in their 24th game. Last season they hit that mark in their 32nd game. They were scheduled to practice today before taking off for St. Louis but they cancelled and it will be a travel day instead.

Note II: The Moose have one final day of practice in Winnipeg before they head to Abbotsford to kick off four games on the road. They may have some help in the form of Dominic Toninato who was waived by Winnipeg on Tuesday. If he clears then he’ll likely be assigned to Manitoba which would seem to indicate that Logan Stanley is ready to return. You’d think the Jets would assign him to the Moose on a conditioning assignment since it seems unlikely he plays with Winnipeg anytime soon.

Note III: The Ice will now prepare to end their homestand this upcoming weekend against the Chiefs on Friday and then conclude it against the Pats on Sunday.

Sportsnet: Jets’ Scheifele on beating Maurice’s Panthers: ‘I’m pretty happy with that one’. There was a last little bit of intrigue following the game which Wieber wrote about in his latest column.

Winnipeg Sun: Scheifele sends message with play in Jets win over Panthers. It was a pretty clear message from number 55 and company last night to their former bench boss. 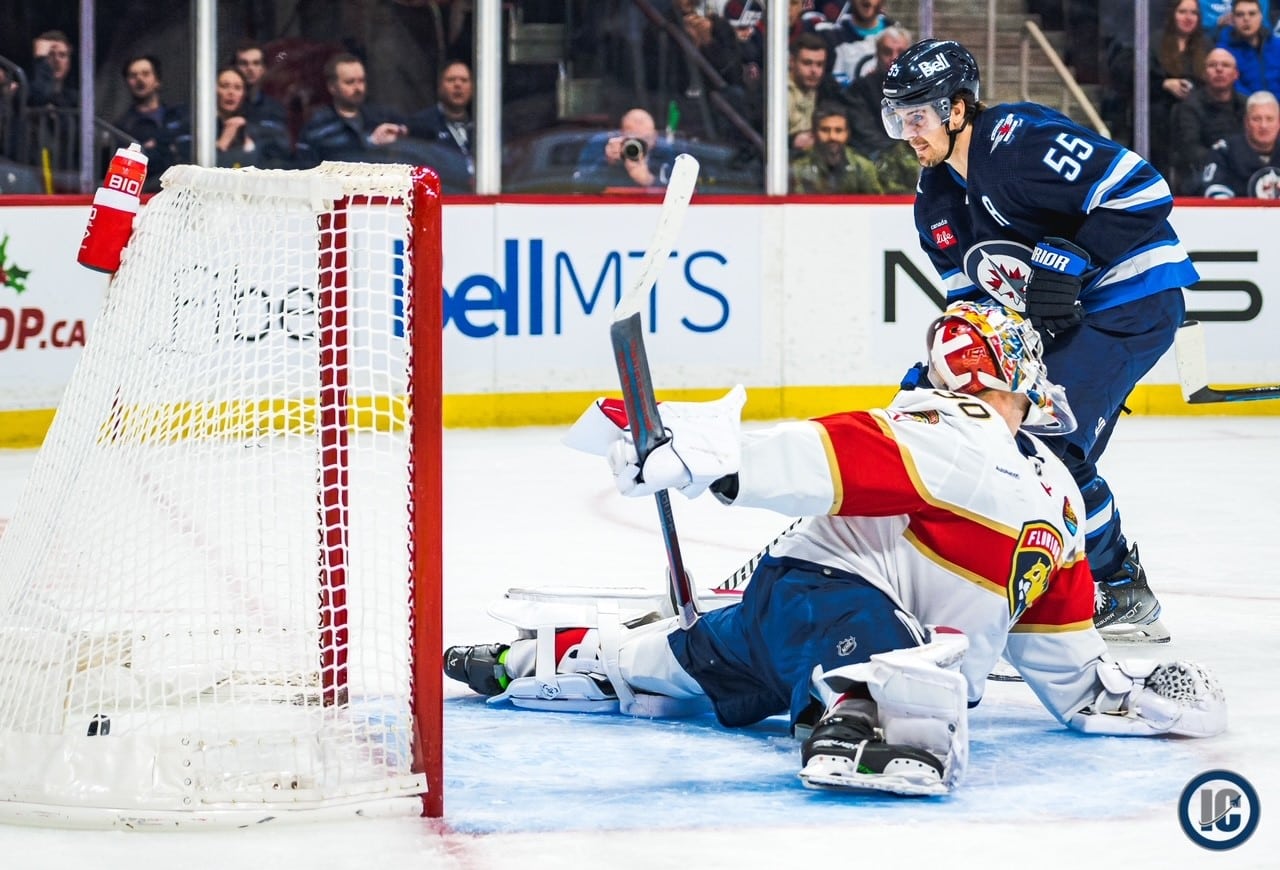 Winnipeg Sun: ‘Unusual’ happenings took Maurice from Jets to Panthers. Hard to think one year ago today Paul Maurice was still behind the bench in Winnipeg. On one hand it seems like just yesterday and on the other hand it feels like it was a lifetime ago.

Winnipeg Free Press: Regrets? Maurice has a few but did it his way. (Paywall). Mike recaps the almost 20 minute chat that the former head coach in Winnipeg held before the game last night.

Sportsnet: Paul Maurice reflects on decision to leave Jets ahead of emotional return to Winnipeg. Wieber gives you the rundown from the media availability.

Sportsnet: ‘It’s a special place’: Maurice thankful for Jets tribute and ovation. Panthers head coach Paul Maurice was thankful to the Winnipeg Jets and their fans for video tribute and standing ovation he received pre-game.

TSN: McLennan on Jets’ recent run: ‘Their top players are playing like top players’. With wins in five of their last six games, TSN Hockey analyst Jamie McLennan shares what’s stood out to him about the Jets’ impressive stretch, and where he has Connor Hellebuyck in his Vezina Trophy rankings right now.