Note: The Jets were off on Monday as they got some rest ahead of their final game of this homestand which goes this evening against former head coach Paul Maurice and the Florida Panthers. All the relevant news will be posted in the pre-game report so check back for that. Puck drop is at 7:00 PM CST.

Note II: This afternoon, after the final buzzer sounds between the Jets and Ducks, we want you to be part of the conversation on the Illegal Curve Post-Game Show as we discuss and analyze the results of the game. This season you’ll have a chance to win great schwag including authentic Jets jerseys, hats, etc after every single game (For a variety of ways to enter click here).

Note III: The Moose hit the ODR for practice on Monday which was no small feat given it was -20 out but they forged ahead. Today they return inside for a practice at the IcePlex.

Note IV: The Ice will now prepare to end their homestand this upcoming weekend against the Chiefs on Friday and then conclude it against the Pats on Sunday.

Miami Herald:  Paul Maurice returns to Winnipeg with praise for Jets and a long way to go in Florida. Things have been interesting to start in south Florida for the former bench boss in Winnipeg.

Winnipeg Sun: Jets no longer hiding from negatives, even in victory. Can’t help but think of the line “Who you gonna believe, me or your lying eyes?” when reading this one. 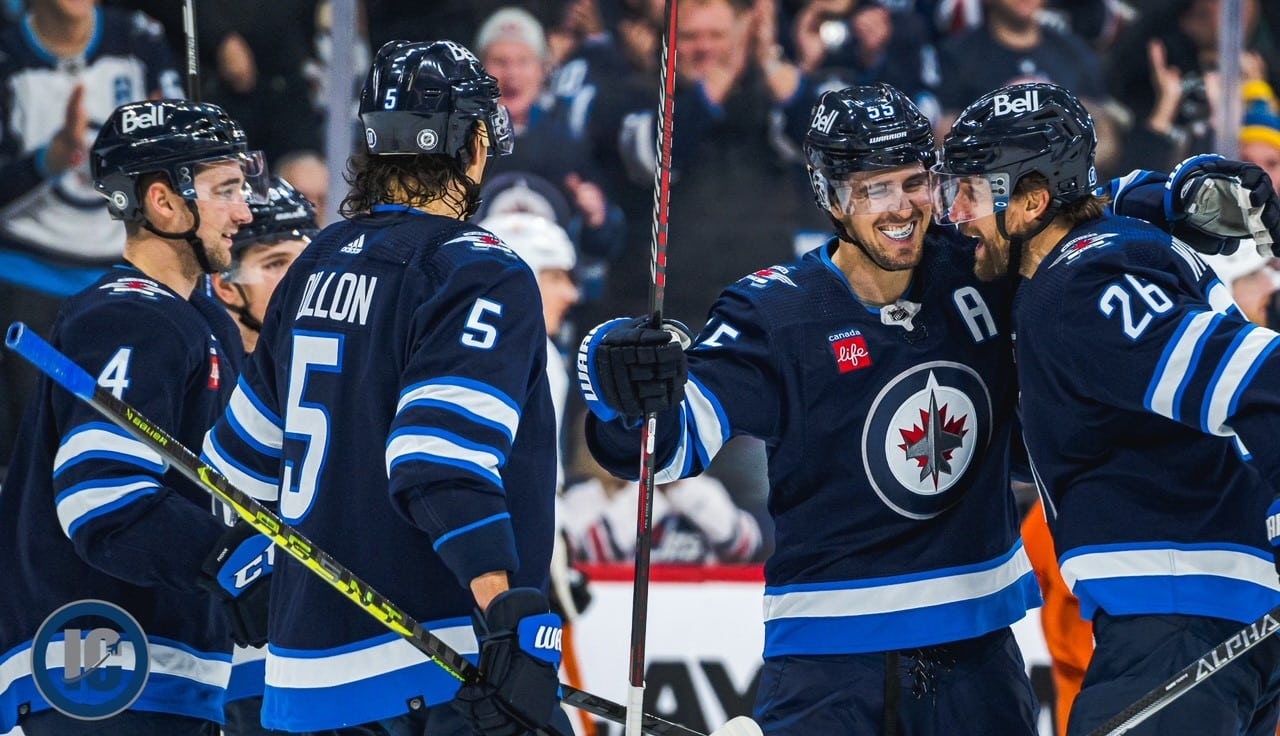 Winnipeg Free Press: Mikey Eyssimont: Man or myth? (Paywall). Whenever the subject came up when speaking with Mikey in the AHL he was consistent in saying he saw an opportunity in Winnipeg for him to play in the NHL. And as we talk about a lot with players on the Moose when they get that opportunity they need to seize it and that is just what Eyssimont is doing right now with the Jets.

Yahoo Sports: Canadian NHL team grades: Leafs, Jets were on fire in November. Winnipeg earned themselves an A rating.

Global News: Jets a prime example of how the mood can change around a team. While the Jets have done well to this point in the season they are not nearly comfortable enough to rest on their laurels.

JetsTV: Ground Control Podcast. Mitchell Clinton is joined by 680 CJOB’s Paul Edmonds and Jamie Thomas for a conversation around the Winnipeg Jets home stand and some storylines that have stood out. Defenceman Dylan DeMelo also stops by.

CJOB 680: Jets @ Noon. Cam & Jim talk about the Jets victory last night over the Ducks and the slow starts that have affected the team so far this year. Sportsnets’ Sean Reynolds pops on the program and the guys discuss… cookies?