Note: The Jets practiced on Saturday as they prepared for this afternoon’s matinee against the Ducks who played and lost in OT yesterday to the Wild in St. Paul. All the relevant news will be posted in the pre-game report so check back for that. Puck drop is at 2:00 PM CST.

Note II: This afternoon, after the final buzzer sounds between the Jets and Ducks, we want you to be part of the conversation on the Illegal Curve Post-Game Show as we discuss and analyze the results of the game. This season you’ll have a chance to win great schwag including authentic Jets jerseys, hats, etc after every single game (For a variety of ways to enter click here).

Note III: The Moose concluded their two-game homestand against the division leading Admirals with a big 3-2 win which meant they took three of four points from Milwaukee. One of the craziest things I’ve ever seen with this Moose club took place in the 3rd period. Manitoba didn’t give up a single shot. This despite having to kill a penalty and Milwaukee pulling their goalie for almost two minutes to end game.

Note IV: The Ice got back in the win column on Saturday as they defeated the Raiders 6-4 to improve to 23-4-0-0. They are next in action on Friday when they welcome the Chiefs to town.

Note V: It was battle of Jets prospects as Michigan took on Wisconsin on Saturday night with 2022 1st rounder Rutger McGroarty beats 2018 6th rounder Jared Moe with this one-timer. Moe did make a nice stop on projected top 5 pick in the 2023 draft Adam Fantilli.

Winnipeg Sun: Bowness calls out Jets for ‘bad performances,’ players embrace the honesty. One of the things Bowness said early in his tenure here with the Jets was that he wasn’t going to blow smoke. He said something to the effect like you watch the games, I can’t tell you that the team played well when they didn’t. 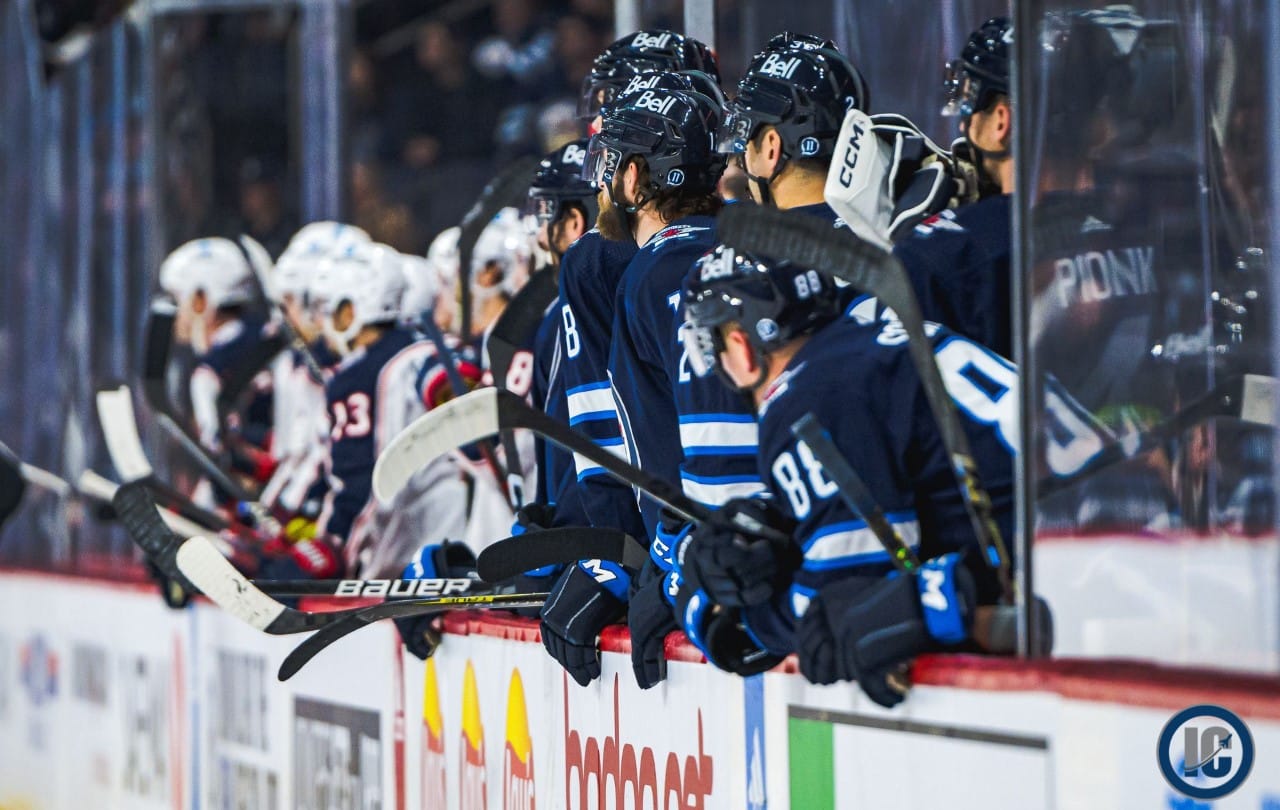 Winnipeg Free Press: Jets getting their Ducks in a row. (Paywall). The fact is that a good team can bounce back after a flat effort.

Illegal Curve Hockey Show: Saturday Podcast. On yesterday’s show we discussed the Jets/Jackets game. Struggles on the power play. Finding a winger for the Dubois/Connor line. Return of Paul Maurice to Winnipeg/his legacy. Previewing the Jets/Ducks and Jets/Panthers game.

Illegal Curve Hockey: Moose dominate 3rd period of 3-2 win over division leading Admirals. Get the full 411 from yesterday’s contest including a look at the lines, some notable game facts, post-game media avails and what comes next.