Note: For the second time in less than a week the rest vs rust argument could have been in full effect during/after the game last night but the Jets broke their malaise in the final frame courtesy of the second and third goals for Kyle Connor in the game to give them a late lead which they held onto to win 3-2 over the Ducks. The Jets are off today.

Note II: The Moose left on their five-game road trip on Thursday without Ville Heinola who has been recalled to the NHL club. They will kick off their road trip tonight in Texas against the Stars. Puck drop at 7 PM.

Note III: Make it 14 in a row for the Winnipeg Ice as they defeat Connor Bedard and his Regina Pats 9-5. They are 19-1-0-0 on the season. Re-match on Saturday night.

Global News: Jets’ coach deserves credit for team accountability. John Shannon feels that Rick Bowness is getting the most out of his players this season even though they are the same group largely as last year. Given last year’s squad went 9-3-3 (which clearly had a different strength of schedule) it will be interesting to see how this team does in the next stretch of 15 games.

Sportsnet: ‘It was just a matter of time’: On special night for Jets, Connor finds offensive game. He’s too good a player and goal scorer specifically to be held down much longer. Wieber has more on one of the most dynamic players don’t shine the way they could 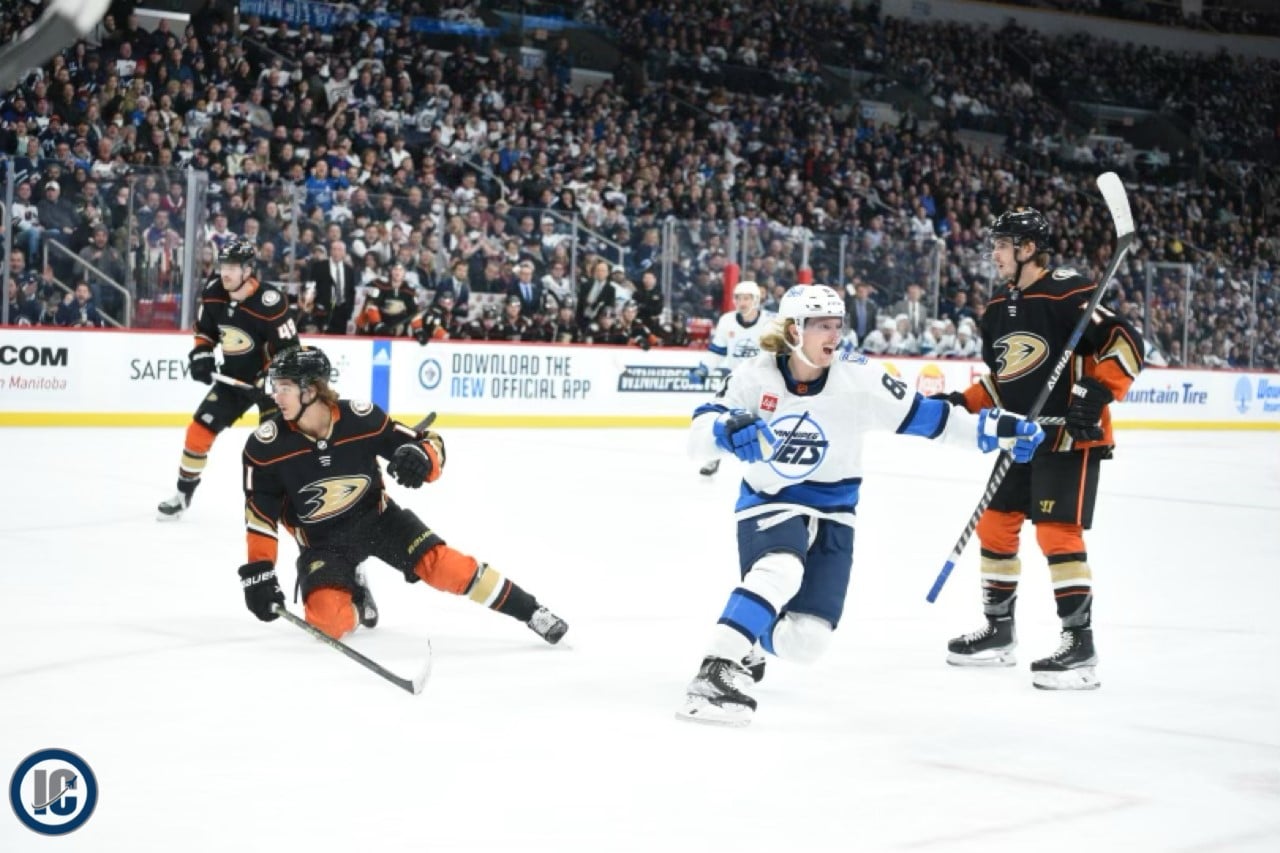 Winnipeg Sun: Winnipeg Jets’ Kyle Connor scores hat trick in win against Anaheim Ducks. Seemed appropriate that on a night honouring a player that had scored so many goals, that Kyle Connor broke out and had himself a big night.

Winnipeg Sun: Selanne, Numminen honoured to be remembered, inducted into Jets Hall of Fame. The game last night was somewhat secondary to the memories of Jets 1.0. It felt somewhat similar to the Heritage Classic when the old Jets played the Oilers and that game elicited more attention that the game between the 2.0 version and their Oliers opponent.

Winnipeg Free Press: Kyle Connor’s hat trick takes down Ducks. (Paywall). Now that the dam has burst it will be interesting to see if this creates an avalanche of goals for number 81.

Winnipeg Free Press: Selanne, Numminen savouring special visit to Jetsville. (Paywall). When you can say the names Teemu and Teppo and not need to mention last names it means you have a special connection to a place.

TSN: Could hat trick against Ducks be turning point for Kyle Connor’s season? Kyle Connor has gotten off to a slow start this season by his standards, with only two goals on the year before potting a hat trick in a win over the Ducks on Thursday. TSN Hockey analyst Frankie Corrado discussed whether or not this could be the game that sparks Connor’s offensive game.

TSN: Insider Trading: Injuries forcing Jets to consider all options. Only real thing of note is from Dreger on Ehlers but doesn’t really provide much more than what we learned from Rick Bowness on Thursday which is essentially that his status remains uncertain.