Note: Last night was billed as a clash of titans with the Jets and Stars doing battle for top spot in the Central and while the opening period was excellent, despite the lack of scoring, it was the home team that rode a strong middle frame to a big victory to claim top spot. They Jets are scheduled to practice today and presuming that they don’t cancel be sure to check back for the Practice Report.

Note II: The Moose are off today after practicing on Tuesday. They’ll be back on the ice for practice tomorrow as they prepare to face the Wranglers for the first time ever here in Winnipeg to close out a six-game homestand.

Note III: Make it 11 in a row for the Ice who defeated the previously undefeated Rebels to leapfrog Red Deer into 1st spot in the Eastern Conference by virtue of a 3-1 victory on Tuesday night in Winnipeg. These two clubs have a re-match tonight at Wayne Fleming Arena.

Global News: Is stellar start to season for first-place Jets sustainable? Already 15% of the season has been concluded so as Paul suggests in his latest piece there is still plenty of road ahead but this team seems to be on the right path to ensure success this season.

The Athletic Winnipeg: Mark Scheifele, Rick Bowness and trust: How the Winnipeg Jets took first in the Central. (Paywall). Just a game or two of difference and it is hard to draw any conclusions but 12 games into the 2022-23 campaign seems to suggest that 55 is back and the impact of the new bench boss is very real.

Sportsnet: Jets’ Appleton makes most of shot on top line in win over Stars. Some were questioning his role on the top line but he showed that adaptability which has served him well throughout his pro career.

Winnipeg Sun: Jets shoot down the Stars to get some revenge. The buy-in from this group seems very high and as they say the proof appears to be in the pudding. Or in this case it is on the ice. 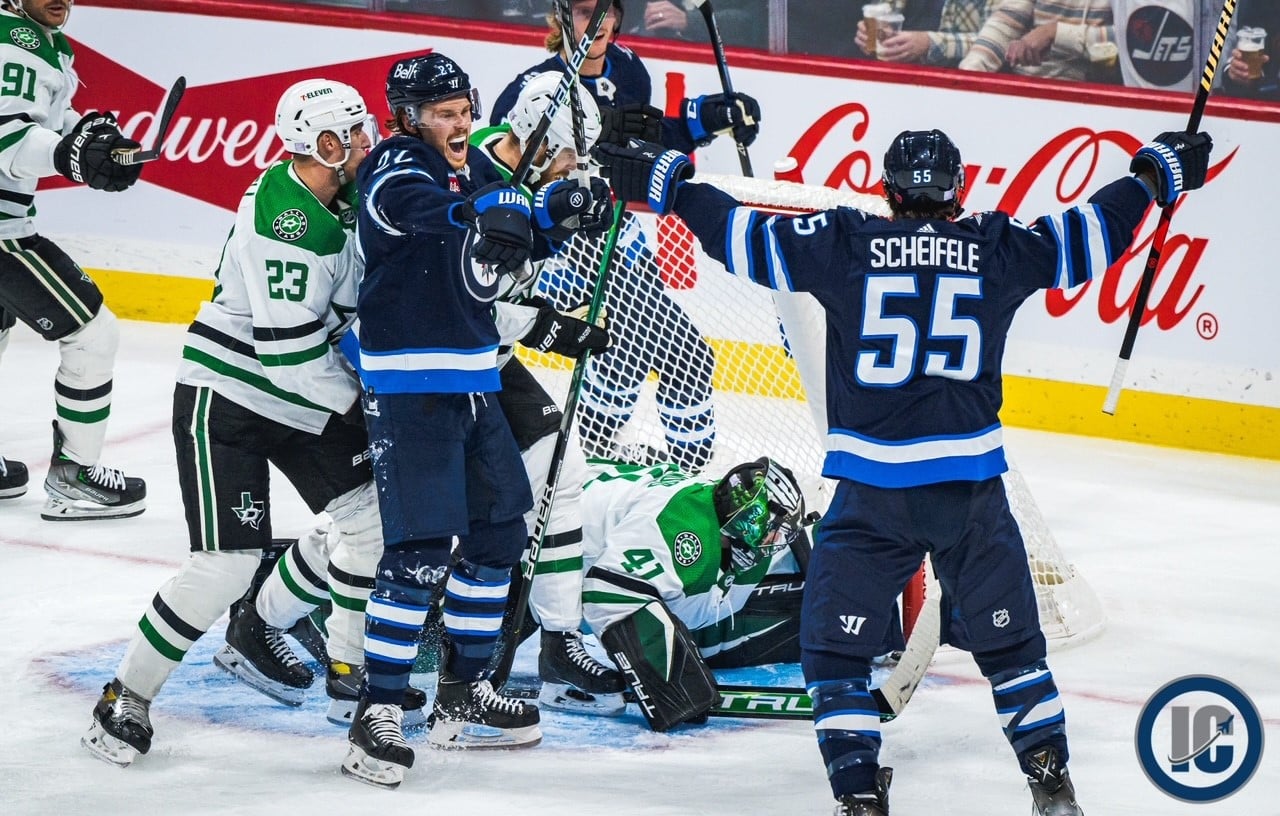 Winnipeg Sun: What NHL commissioner Gary Bettman thinks is irrelevant, just ask him. Paul was in the Matt Frost Media Centre to hear from the head of the NHL.

Winnipeg Free Press: Bettman downplays Jets’ attendance. (Paywall). There is a certain level of pragmatism that understand the current economic landscape and puts the attendance numbers into context.

Dallas Morning News: Stars loss to Jets, Rick Bowness drops Dallas in division standings. Read about the game from the perspective of a writer that covers the Jets opponent.

CBC: Jets win on the ice and in the stands with team’s 1st Filipino heritage night. Despite Twitter being a cesspool the only comments I saw were of a positive nature.

Sportsnet: Adam Lowry’s scoring and crashing helping fuel Jets’ high-flying start. He’s on pace to obliterate his career highs in goals (15), assists (14) and points (29) with three goals and four assists through 11 games of the season. Even if he doesn’t he is providing the Jets with much needed depth scoring.

The Athletic Winnipeg: Murat’s Mailbag. You had questions and Murat has answers in his latest mailbag. Covers a number of topics including 1) Value of Mason Appleton. 2) What it will take for Ville Heinola to get a chance? 3) Playing the kids on the backend. 4) Whether Kevin Cheveldayoff is too cautious? 5) Would Jets consider a rebuild if this season doesn’t go as expected?