Note: The Jets practiced on Monday after taking Sunday off. It wasn’t a particularly noteworthy skate aside from the information via head coach Rick Bowness that the team believes that Nikolaj Ehlers could start skating at the end of the week. Which means he will not be a player tonight when they welcome the Stars to Winnipeg. Be sure check out the pre-game report when morning skate gets underway at 10:30 AM CDT followed by puck drop at 7 PM.

Note II:  Tonight, after the final buzzer sounds between the Jets and Stars, we want you to be part of the conversation on the Illegal Curve Post-Game Show as we discuss and analyze the latest game for the NHL team of Winnipeg. This season you’ll have a chance to win great schwag including authentic Jets jerseys, hats, etc after every single game (For a variety of ways to enter click here).

Note III: The Moose were off on Monday after earning a split over the weekend with the Stars. They slipped to 2nd place in the Central Division as the Admirals, last season’s playoff foes, took over top spot courtesy of a six-game win streak. Manitoba is set to practice today as they prepare to welcome the Calgary Wranglers to town for the first time ever starting with a game on Friday night.

Note IV: The Ice and Red Deer Rebels will battle for 1st place on the line in the Eastern Conference as the home side sits at 15-1-0-0 on the season while the visitors come to Winnipeg with a nifty 15-0-0-0 record. They will battle tonight and tomorrow night at Wayne Fleming Arena.

Winnipeg Sun: ‘What are we capable of?’: Player-written creed providing compass for Jets on and off the ice. It is a good sign that the team which didn’t meet their own expectations from last season have tried to make each other more accountable but to do so in a way that pushes the individuals together as a group. 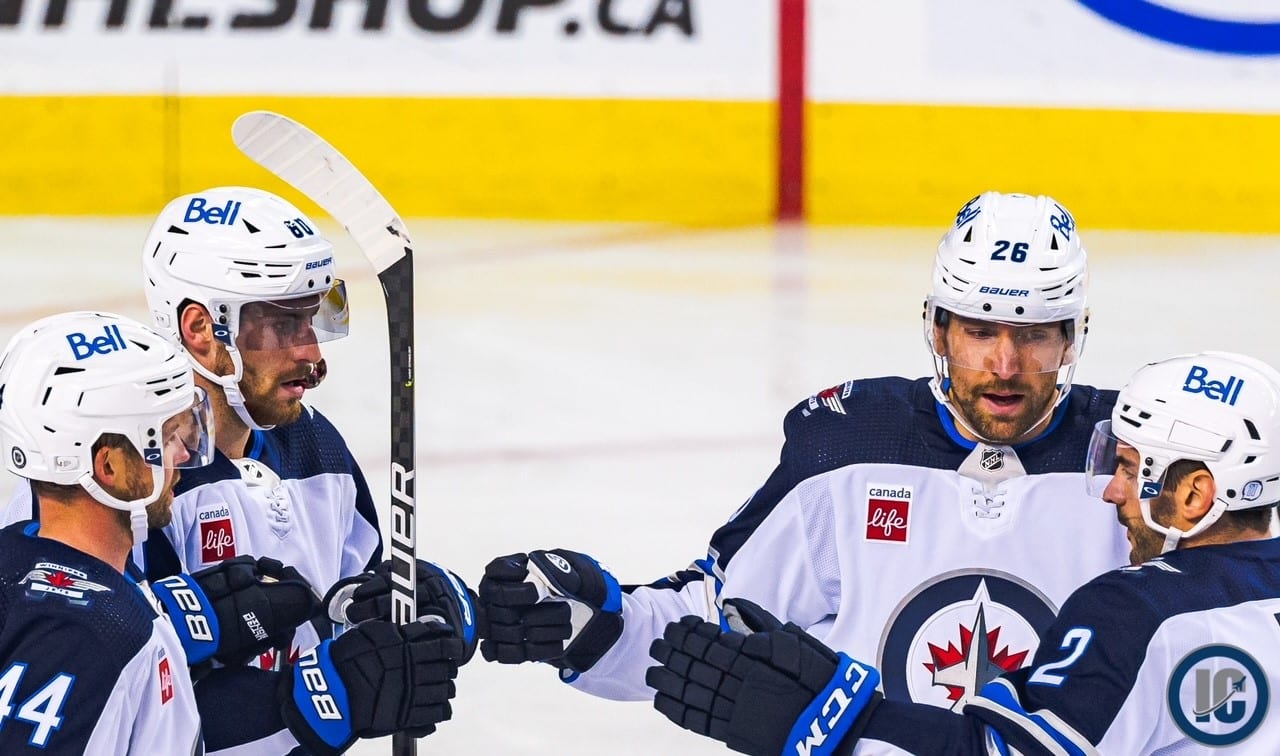 Winnipeg Sun: Can they extend their hot start? Plenty of fans are wary given last year’s squad went 9-3-3 before the wheels came off.

Winnipeg Sun: Jets Snapshots. Scott touches on a few topics including: 1) Ehlers potentially being able to skate by the end of the week. 2) Bowness gives vocal cords a good workout. 3) Jets defence on pace to hit Bowness goal.

Winnipeg Free Press: First place hangs in balance for Jets. (Paywall). While this can be viewed as a measuring stick game, without even having passed the 15% mark of the season and with U.S. Thanksgiving still in the far distance, I am not sure 1st place is quite hanging in the balance.

Winnipeg Free Press: Sign of the times: Jets new culture on display in locker room. (Paywall). The most important thing for this group was to start having fun again. When you couple that with accountability it looks like it could be having the intended effect.

Global News: The proof is in the numbers for Winnipeg Jets. We did say that the true measure of this club would come at the 15-20 game mark and they are quickly getting there.

Edmonton Sun: After 43 years, ex-Oiler Charlie Huddy says it’s ‘time to kick back’. Huddy was asked who was the best defenceman he ever coached and his answer won’t surprise Jets fans “Probably Dustin Byfuglien”. Some good nuggets about number 33 in this article.

Winnipeg Sun: Jets Setting. Sun sportswriters Ted Wyman and Scott Billeck delve into the Winnipeg Jets’ 7-3-1 start to the season, Connor Hellebuyck’s play, Josh Morrissey’s re-emergence, and the impact that head coach Rick Bowness has had on the club.

JetsTV: Ground Control Podcast. Host Mitchell Clinton is joined by broadcasters Paul Edmonds and Jamie Thomas for a look at the first 11 games of the Winnipeg Jets season. Forward David Gustafsson stops by for a chat, and play-by-play voice of the Manitoba Moose, Daniel Fink, brings us up to speed on the Manitoba Moose.