Note: The Jets practiced on Friday as they prepared to face the Hawks this afternoon in Winnipeg. There appears to be some uncertainty with the lineup as head coach Rick Bowness alluded to at the end of his presser but with no morning skate we will have to wait until warm-up to know how it will be configured. Puck drop is at 2 PM. After the game be part of the conversation on the Illegal Curve Post-Game Show once the afternoon contest concludes.

Note II: Join us on the Illegal Curve Hockey Show at 9 AM (we will be live at the Winnipeg Ice Fishing Show doors open at 10 AM) for two hours of Jets talk.

Note III: The Moose lost last night as they just couldn’t get it going against the Stars who have now tied them in points for top spot in the central division. These two squads will battle it out on Sunday to see who gets first place. Today they are scheduled to practice out at the IcePlex.

Note IV: The Ice go for their tenth win in a row tonight as they welcome the Tri-City Americans. Puck drop is at 8:05 PM at Wayne Fleming Arena.

Winnipeg Sun: Jets leading scorer Josh Morrissey not looking to jinx it. He is starting to look like the version of Josh Morrissey who was scoring 73 points for the Prince Albert Raiders nine years ago. He is currently on pace for 73 assists which would obliterate (by nearly three times) his career high in apples set in 2018-19. 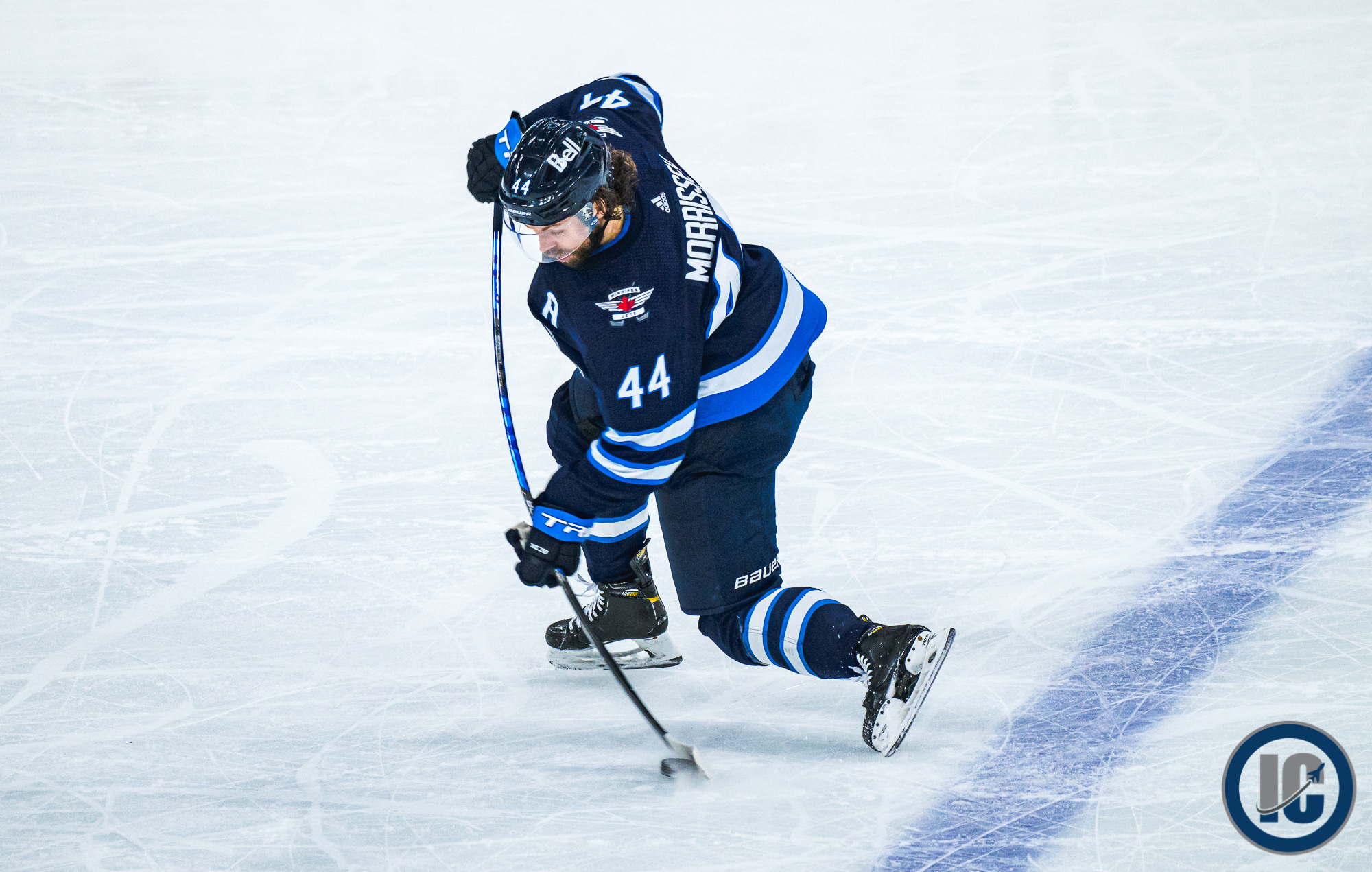 Winnipeg Free Press: Blackhawks not exactly tanking it. (Paywall). And nothing better exemplifies this unexpected start to the season than Winnipegger and team captain Jonathan Toews putting up seven goals in his first 11 games this season which is approximately a 50-goal pace over a full season. He had 12 goals in 71 in 2021-22.

Winnipeg Free Press: People still aren’t coming. (Paywall). A global pandemic keeps some folks away as does the reality of an economy that hasn’t recovered from the financial hit many suffered during the two years of the pandemic.

Illegal Curve: Stars open two-game series with Moose with a 4-1 victory. Get the full 411 from yesterday’s contest including a look at the lines, some notable game facts, post-game media avails and what comes next.