Note: The Jets took Sunday off after a tough 4-1 loss to the Leafs on Saturday which left them sitting at 2-3-0 on the season. Morning skate gets underway at 10:30 AM so stay tuned for the pre-game report followed by puck drop at 7 PM.

Note II: Tonight, after the final buzzer sounds between the Jets and Blues, we want you to be part of the conversation on the Illegal Curve Post-Game Show as we discuss and analyze the latest game for the NHL team of Winnipeg. This season you’ll have a chance to win great schwag including authentic Jets jerseys, hats, etc after every single game (For a variety of ways to enter click here).

Note III: The Moose completed an impressive sweep of central division foes on Sunday during a three games in three days stretch. They outscored opponents 16-7 (scoring at least 5 in every game) including on Sunday in Rockford where they won 6-3. Goals came from Harkins, Malott, Nikkanen, Chisholm, Stenlund and Eyssimont. For Jansen Harkins it meant four straight games with a goal (first time as a pro) and the game 2021 1st rounder Chaz Lucius get his first pro assist and 2022 1st rounder Brad Lambert his first AHL assist.  This was the fourth straight win for the Moose who improve to 4-0-1-0 on the season. They are back in Winnipeg and will face the Wild next weekend in a pair of matinee games.

Note IV: The Ice concluded a marathon eight-game road trip which saw the WHL club of Winnipeg win seven of eight games and return to Manitoba with a 11-1-0-0 record. They have one more road game in Brandon on Friday before they get to play their first home game of the season on Saturday that will see them welcome the Wheat Kings to Wayne Fleming Arena.

Global News: Challenging start to new season puts Winnipeg Jets below .500. When the schedule first game out the six games to kick off the 2022-23 campaign were gonna be a pretty, pretty, pretty tough test.

The Athletic: 5 Winnipeg Jets takeaways after 5 games: ‘We can do a lot better’.  (Paywall). After five games Murat gives you five things to reflect on including: 1) Is the sky (still) falling? 2) Good defence can mean so many things (Scheifele doing almost everything right and still getting burned). 3) The second line is creating more than you think. 4) Special teams are costing the Jets points. 5) Team dynamics. 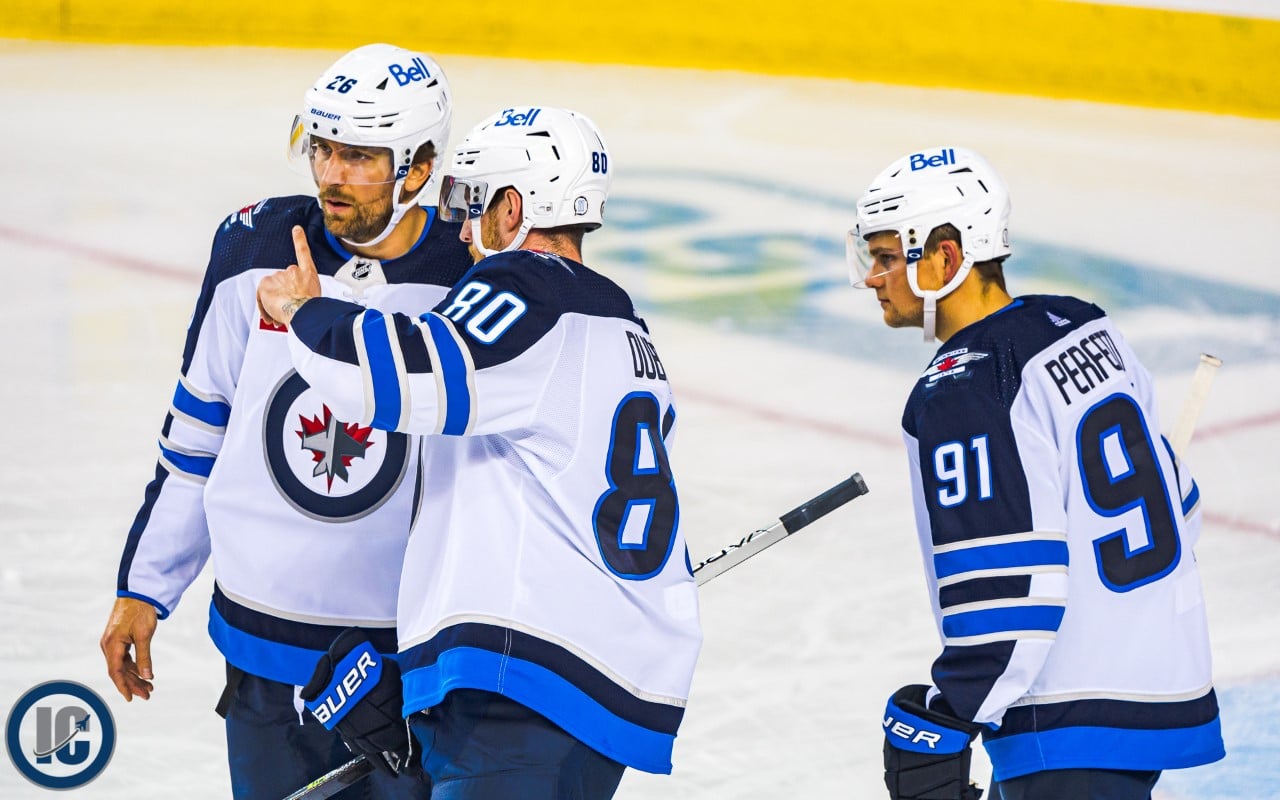 The Athletic: For Dan Robertson, Winnipeg Jets’ TV role caps 30-year journey from man of leisure to dream job. (Paywall). Get to know the newest voice of the Jets.

Illegal Curve Hockey: Saturday Podcast. Topics covered in our show this week included: Nikolaj Ehlers being placed on IR. Getting set for Jets and Leafs. Might Winnipeg consider some changes with their top six? Trying to create lineup balance. Do the Jets D pairs need to change? Latest with the Moose and Ice. We were also joined by Jim Toth of CJOB 680 and Dave McCarthy of SiriusXM.