Note: The Jets went into Denver last night and came away with a big two points courtesy of an overtime victory over the defending Stanley Cup champion Avalanche thanks to some offence from the defence. Today they will wrap up the road trip in Vegas with another tough test in the Golden Knights. Puck drop is at 9 PM CDT.

Note II: Tonight, after the final buzzer sounds between the Jets and Golden Knights game, we want you to be part of the conversation on the Illegal Curve Post-Game Show as we discuss and analyze the game. This season you’ll have a chance to win great schwag including authentic Jets jerseys, hats, etc after every single game (For a variety of ways to enter click here).

Note III: Today is the day the Jets (and all 32 teams across the NHL) will reveal their reverse retro uniforms. Stay tuned for that. Update: Here it is.

Note IV: The Moose have a day of practice in Chicago as they get to kick off three games in three days on the road starting with the Wolves tomorrow night in Illinois.

Note V: The Ice improve to 9-1-0 on the season as they defeat the Giants 4-3 in Vancouver. Conor Geekie with the GWG and was named 1st Star of the Game. Just two games left on this eight-game road trip for Winnipeg. Next up are the Blazers in Kamloops on Friday.

Sportsnet: Unheralded trio comes up big for Jets in overtime win against Avalanche. If you could have placed a bet on the trio to start OT for Winnipeg the odds would have been astronomical against Mason Appleton, Adam Lowry and Neal Pionk getting three on three started for Winnipeg but there they were to start the extra frame and the gamble paid off big time.

Winnipeg Sun: Jets bounce back to beat champion Avalanche in overtime. Given how it started against the Stars the Jets knew they couldn’t afford to limp into Nevada having gone 0-2-0 on the road trip but they avoided that with a big win over Denver. Scott has more from the mile high city. 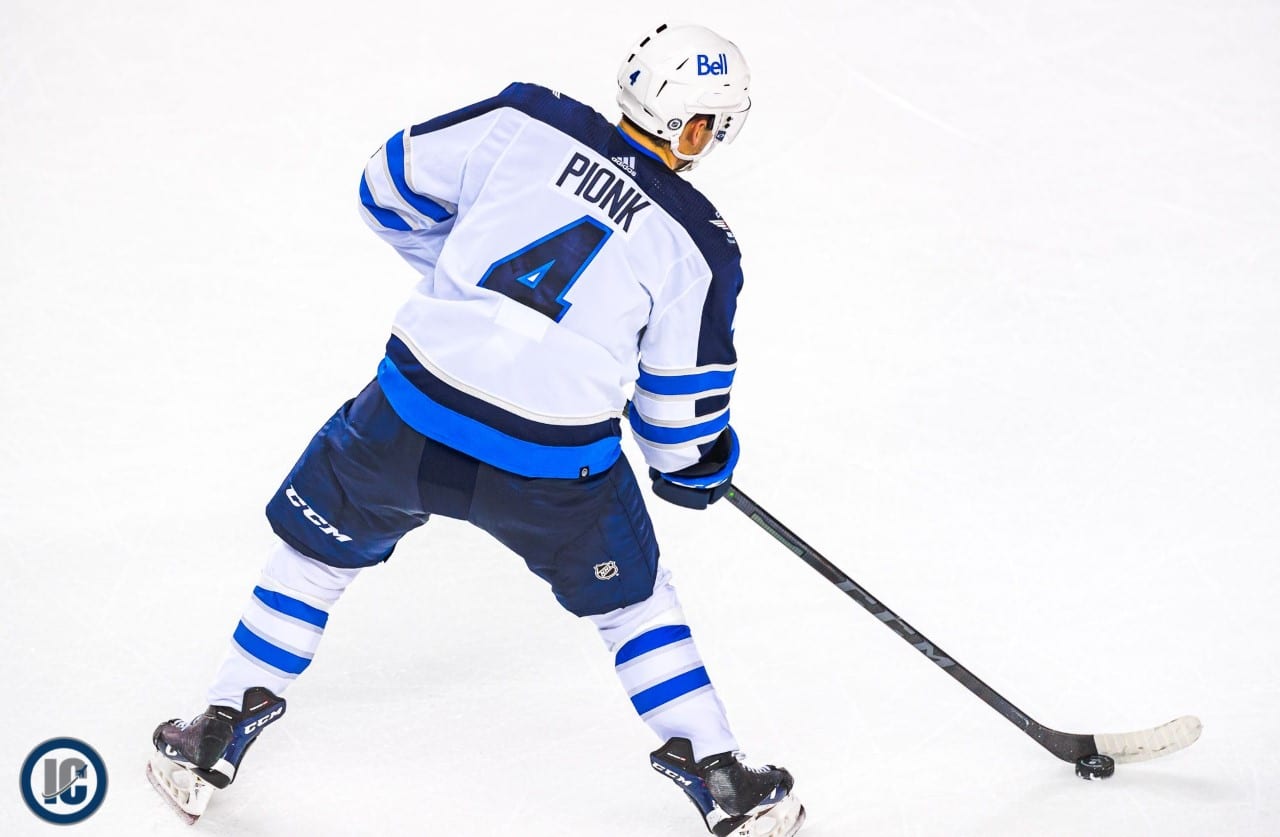 Denver Post: Avalanche allows 3 goals with fewer than 5 men on ice in overtime loss to Winnipeg Jets. Read about the game from a writer who covers the Jets opponent.

The Athletic Winnipeg: We know Blake Wheeler is no longer the Winnipeg Jets captain, but we didn’t know this. (Paywall). Interesting insight from his former teammates and family on the Minnesotan.

Sportsnet: Jets’ Pionk felt ‘a lot of trust’ from coaching staff after starting in overtime. Neal Pionk joins Sean Reynolds to discuss his first career multi-goal game and overtime-winner as the Winnipeg Jets beat the defending Stanley Cup Champions Colorado Avalanche 4-3 and what it took to survive the momentum swing in the third period.

Sportsnet: Why Rick Bowness decided to return behind the bench in Winnipeg. Christine Simpson chats with Jets head coach Rick Bowness about his return to coaching, the decision to remove Blake Wheeler as team captain, and his success in developing young defencemen on the Big Picture.

TSN: Can Jets execute new systems? With the hiring of head coach Rick Bowness, Winnipeg has changed their outlook on the game. Will the Jets be able to execute their new systems and playing style? The TH panel shares their thoughts.