Note: The Jets took Tuesday off after a 4-1 defeat to the Stars on Monday as they kicked off their first road trip of the season on the wrong skate. They’ll look to get things back on track tonight in Denver against the defending Stanley Cup champion Avalanche. Morning skate gets underway at 11:30 AM CDT so stay tuned for the Jets pre-game report. Puck drop is at 7 PM CDT.

Note II: Tonight, after the final buzzer sounds between the Jets and Avalanche game, we want you to be part of the conversation on the Illegal Curve Post-Game Show as we discuss and analyze the game. This season you’ll have a chance to win great schwag including authentic Jets jerseys, hats, etc after every single game (For a variety of ways to enter click here).

Note III: The Moose have another day of practice in Winnipeg before they head out for their first road trip of the 2022-23 season which begins in Chicago on Friday against the Wolves.

Note IV: The Ice improved to 8-1-0 on the season last night as they defeated the Royals 3-2 in Victoria. Winnipeg outshot Victoria 18-7 in the 3rd period. No rest for the top team in the Eastern Conference as they will play tonight in Vancouver against the Giants. Puck drop is at 9 PM CDT.

Note V: It was a good night for Jets prospect Elias Salomonsson (2022 2nd rounder) as the right shot defenceman scored his first and second ever SHL goals. See them both here.

Note VI: While these notes are usually reserved for Winnipeg based teams a note on a big 46-save performance by Eric Comrie as the former Jets prospect picked up his first win for the Sabres over his hometown team in Edmonton.

The Athletic Winnipeg: We know Blake Wheeler is no longer the Winnipeg Jets captain, but we didn’t know this. (Paywall). Interesting insight from his former teammates and family on the Minnesotan.

Winnipeg Sun: Jets’ ex-captain Wheeler still leading by example. It is still abnormal to see his number 26 uniform without a ‘C’ on it. As Scott wrote about in the paper that isn’t stopping the Minnesotan from still being a contributor for Winnipeg. 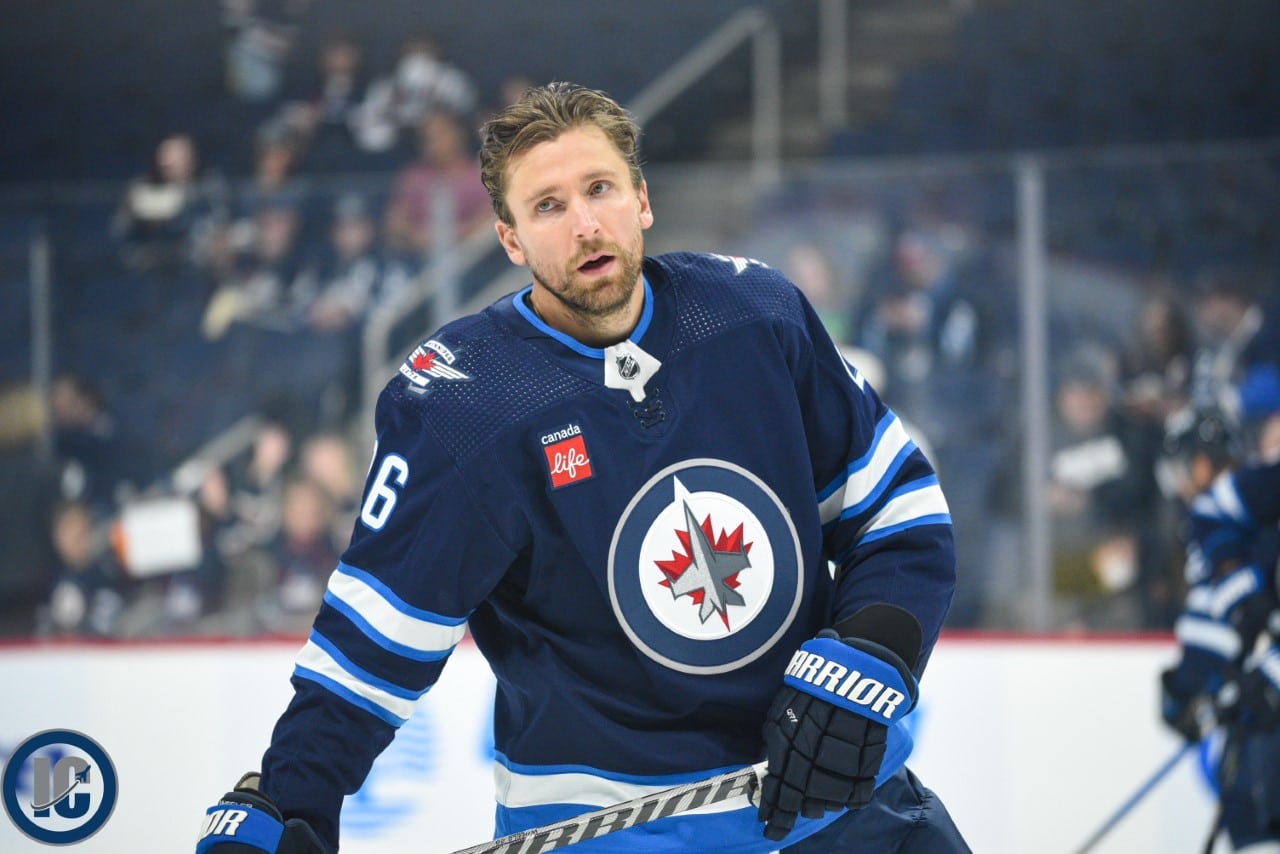 Winnipeg Free Press: Maenalanen turning heads in return to NHL. (Paywall). Having a 4th line that can contribute isn’t a small accomplishment for a Jets team that has gone years without one. Of course, it will take some time before it is known if this trio can be a consistent line for Winnipeg. Mike wrote about the least known member.

Winnipeg Free Press: Wheeler adapting well to new role. (Paywall). The former Jets captain is usually a slow starter out of the gate but there is a need for that second line to start contributing.

Global News: Fans asked to vote among 3 rural Manitoba towns vying to host the Jets. It is down to Beausejour, Morden and Oakville so if you wanna help any one of those three communities win then you should vote.

Sportsnet: Comparing how leagues around the world develop NHL prospects. Not really a Jets specific article although there is a quote from Jets Director of Amateur Scouting Mark Hillier and mention of Jari Kekalainen, who joined the Winnipeg scouting staff recently. But I included it as I found it to be an interesting read.