Note:  The Jets got off to a great start last night in Dallas but that is why you are obligated to play the full sixty minutes (or more) minutes. After the Mark Scheifele tally it was all relatively downhill from there and they dropped game 2 of the season by a final score of 4-1. The team are off today as they rest up for a tough back-to-back starting with the defending Stanley Cup Champs on Wednesday in Denver followed by a date against the Golden Knights on Thursday.

Note II: After a day off on Monday the Moose are scheduled to be back in action this morning for a practice at Canada Life Centre.

Note III: The Ice return to action this evening in Victoria as they take on the Royals looking to build on their 7-1-0 record. Puck drop is at 9 PM CDT.

Note IV: We gave away our first authentic Heritage Classic Jets jersey last night during the Illegal Curve Post-Game Show. But with eight more games in October, you’ve got eight more chances to win Jets jerseys, hats and shirts. You can enter here.

Sportsnet: Jets can’t get anything going offensively in loss to physical Stars. Ken gives you his thoughts following the first loss of the season for Winnipeg.

Winnipeg Sun: Stars shut down Jets offence. The Jets looked a lot more like the 2021-22 incarnation than they do the re-born 2022-23 one which is gonna be a problem if they plan on playing in the playoffs.

Winnipeg Free Press: Jets peak early in 4-1 loss to Dallas. (Paywall). They came out flying and after the Scheifele ripper appeared poised to not take their foot off the gas but that isn’t what happened and instead they found themselves down and eventually out. 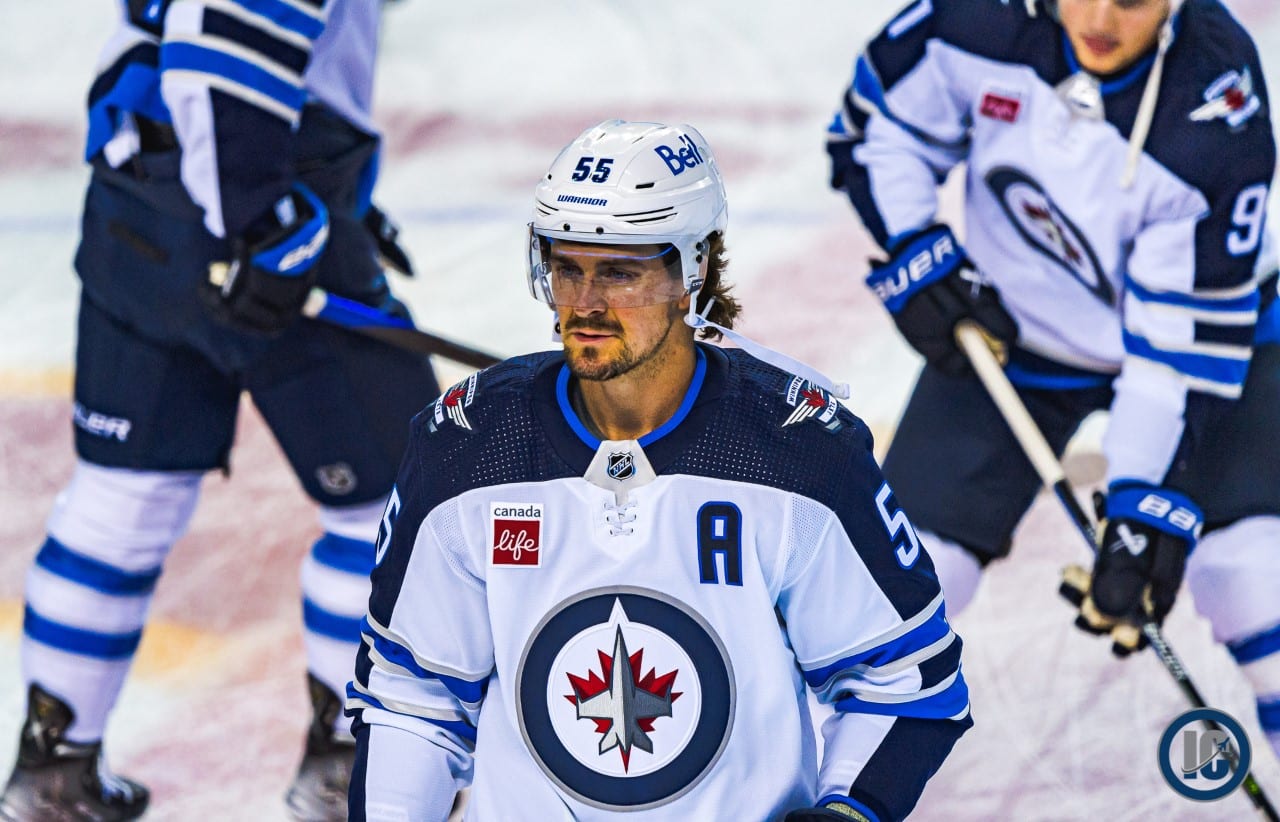 Winnipeg Free Press: Bowness beloved in Big D. (Paywall). Not hard to believe he is still held in such high regard given that seems to be his MO in all of his NHL stops.

Global News: Jets can’t keep up with Stars in 4-1 loss in Dallas. Who knew that Texas has been such a black hole for the Jets the last little while as that loss increases the winless streak to seven games.

The Athletic Winnipeg: How Winnipeg Jets’ Adam Lowry has emerged as a leader in the community. (Paywall). An interesting read from Murat about how the big centre is giving back to the community.

TSN: Biron: ‘Passive’ Jets were overwhelmed by the Stars. Goals less than two minutes apart in the second period stung the Jets against the Stars on Monday as Winnipeg dropped it’s first game of the season. TSN Hockey analyst Martin Biron joins SportsCentre to break down what went wrong for the Jets in Dallas.

TSN: Should Jets be concerned with number of shots against? Connor Hellebuyck stopped 40 shots in Winnipeg’s season opener. The Jets’ goalie has a .948 save percentage when he faces 40 or more, but is allowing that many chances playing with fire? The TH panel shares their thoughts.

Sportsnet: Why Sam Gagner is an underrated signing and really nice fit for Jets. Jets writer Ken Wiebe joins the Jeff Marek Show to discuss how good of a fit veteran Sam Gagner has been on the team’s fourth line, and on the 2nd power-play unit, says he’s such a hard worker and such a great person.

Winnipeg Free Press: Lambos back and better than ever. (Paywall). Sounded like he really impressed at Wild camp.