Note: The Jets were off on Sunday as they travelled to Dallas where they will kick off their three-game road trip this evening against the Stars. Morning skate gets underway at 11:30 AM CDT so stay tuned for the pre-game report with puck drop at 7:30 PM.

Note II: Tonight after the final buzzer sounds between the Jets and Stars game we want you to be part of the conversation on the Illegal Curve Post-Game Show as we discuss and analyze the game. This season you’ll have a chance to win great schwag including authentic Jets jerseys, hats, etc after every single game (For a variety of ways to enter click here).

Note III: The Moose were back in action on Sunday afternoon in a re-match with the IceHogs and for almost 40 minutes about the only thing worth talking about was the play of goalie Oskari Salminen who was very solid stopping all the shots he faced. Eventually Jansen Harkins broke open the 0-0 tie when he ripped a shorthanded goal top corner in his first AHL game in almost three years. After 2021 1st rounder Chaz Lucius scored his first pro/AHL goal on Saturday the Jets 1st rounder from 2022 Brad Lambert also got in on the action with his first AHL goal scoring this beauty bar down. They would go on to win 4-0 and earn three of four points to kick off the 2022-23 season. The Moose are off today.

Note IV: Jets 2021 5th rounder Dmitry Rashevsky had a goal and assist on Saturday night for Dynamo. He’s up to 8G 8A in 19 games. And I still think (I am joking) that he may need to bring former Jet Eric O’Dell(A) with him to North America. Check out the goal here.

Global News: Jets could end another drought with road game in Dallas. I hadn’t realized they had that big a drought in the Big D.

Winnipeg Sun: ‘I deserve it’: Jets’ Nikolaj Ehlers feels he’s earned top-line, top-power-play role. Last year it was presented that while some believed he should have more minutes and responsibility perhaps he was at the optimum number that was allowing for his success. Seems like that thinking is out the door as Ehlers is moving on up and nothing wrong with him having self belief that he has earned a greater role on this team. 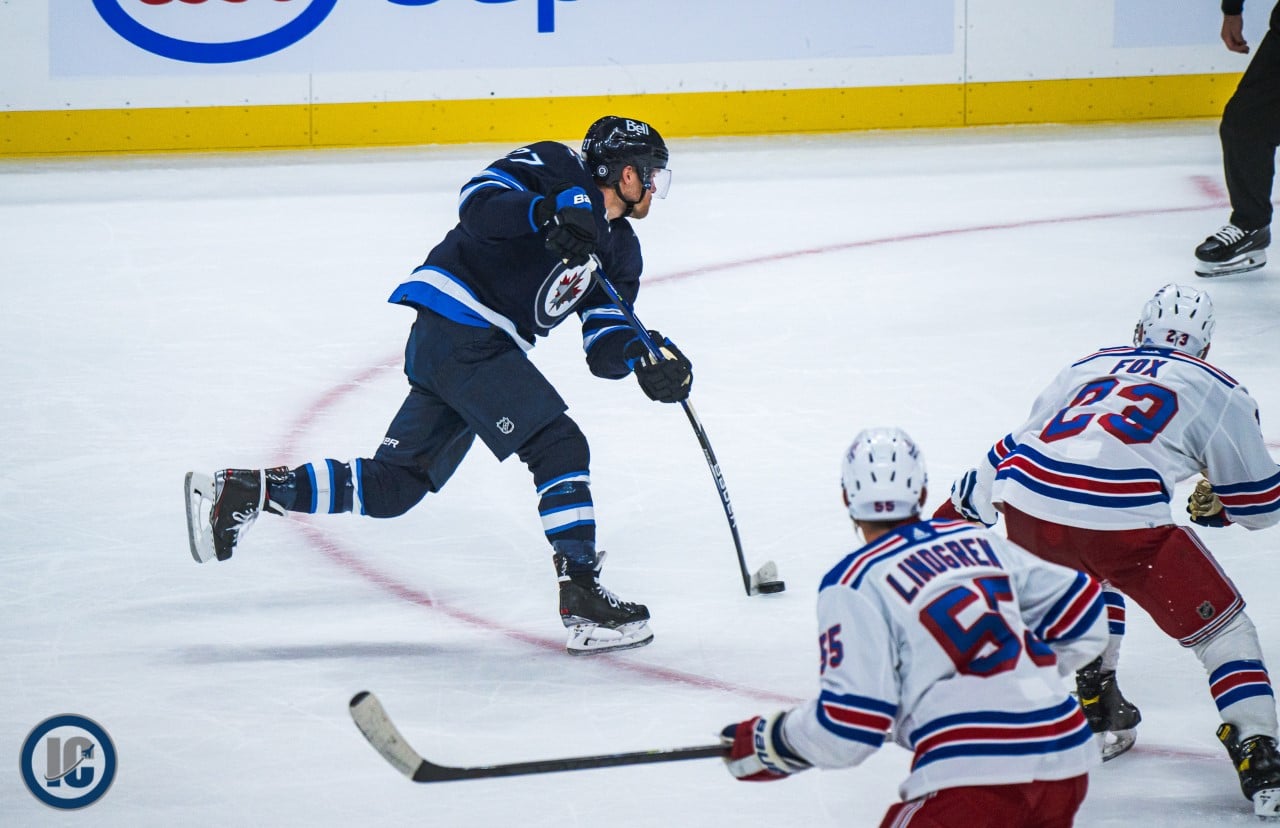 Winnipeg Free Press: Hellebuyck, Scheifele poised to prove playoffs not impossible for Jets. When you have a top 5 goalie in the NHL and a centre who has the potential to be a top centre it is absolutely integral for collective team success.

Dallas Morning News: Ex-Stars coach Rick Bowness ‘looking forward’ to return to Dallas, but will have to wait. It is pretty evident how respected a voice he is across his many stops around the NHL including his home for the four years prior to him arriving in Winnipeg.

JetsTV: Episode 1 of Winnipeg Jets behind-the-scenes. Check out this behind the scenes look at Jets training camp and the unveiling of the Dale Hawerchuk statue.

Illegal Curve Hockey: Saturday Podast. On the show this weekend we discussed: the Jets/Rangers home opener. Performance of the forward lines. Play of Connor Hellebuyck. Jets over/under for the season. Depth of the Manitoba Moose. We also spoke with voice of the Jets Dan Roberson and Mike Heika of DallasStars.com to give us insight into the next opponent of Winnipeg.

Illegal Curve: Moose bounce back defeating IceHogs 4-0 and earn three of four points to start season. Get the full 411 from yesterday’s contest including a look at the lines, some notable game facts, post-game media avails and what comes next.