Note II: Today the Jets are scheduled to be back on the ice a game day as they welcome the Flames to town. Morning skate is at 10:30 AM and puck drop is at 7 PM.

Note IV: Some prospect news as Jets 2021 5th rounder Dmitry Rashevsky got back to his goal scoring ways. He added a pair on Sunday and this unusual OT penalty shot game-winner on Monday.

Winnipeg Sun: On Lambert, Cheveldayoff and the opening night roster. Even though they have whittled the training camp roster to just four over the maximum (technically it is five but that is only until the Mikhail Berdin situation is resolved) these last four decisions are going to be pretty, pretty, pretty interesting.

Winnipeg Sun: Jets hopefuls handling pressure in stride as big decisions loom. For most of these guys it isn’t as if they don’t have quite a bit of pro experience. It isn’t like they are fresh out of junior or college. 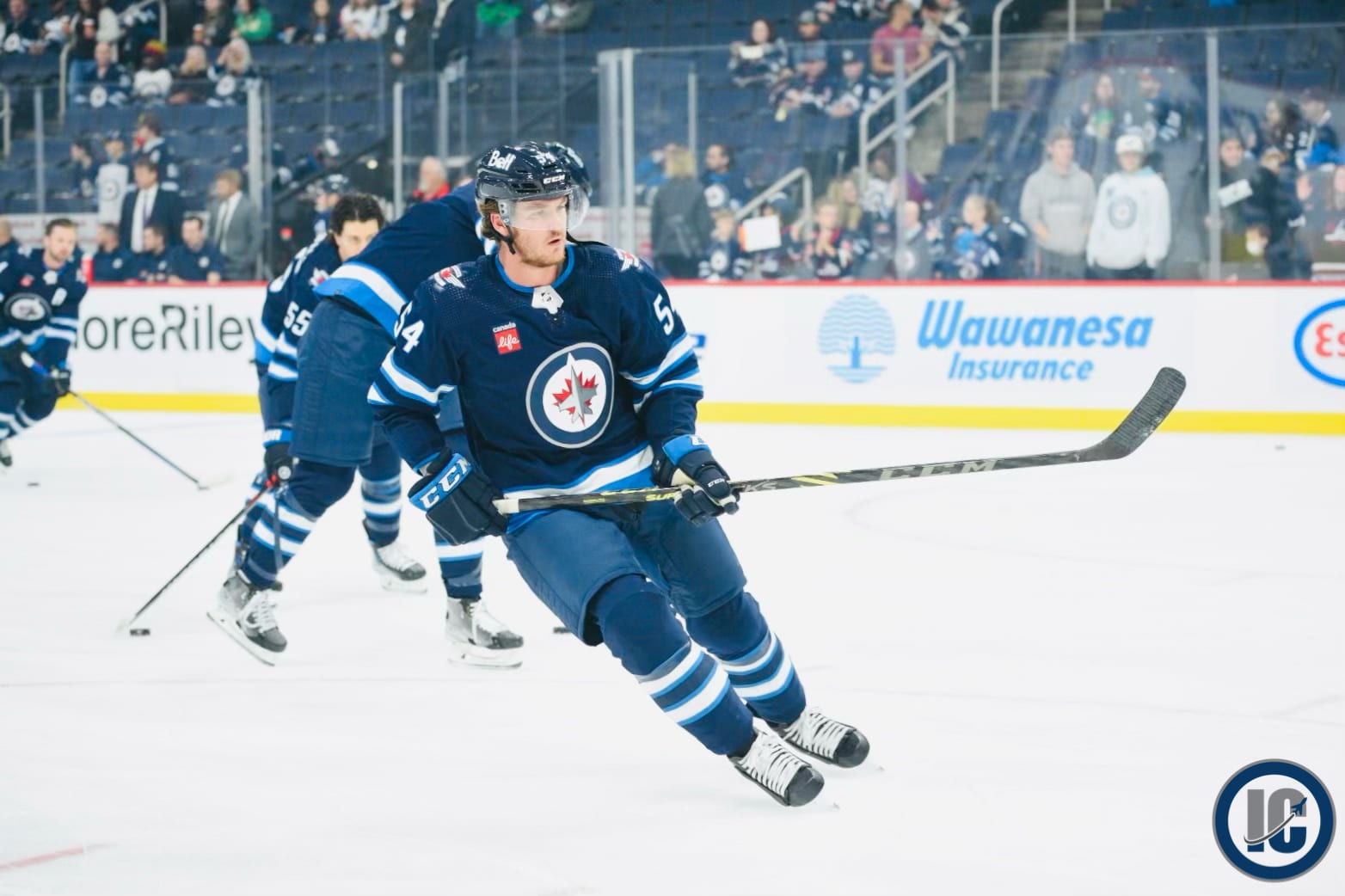 Winnipeg Free Press: Jets a first-class organization. (Paywall). Given that a large percentage of the season ticket base were kids or young adults in the 80s and 90s and were absolutely linked to the Jets 1.0 it never made sense to distance from that previous era. And that was never more evident then the reaction to the Dale Hawerchuk ceremony from fans in this city who came out to support. The organization also deserves credit as Mike writes for the manner in which they put on the ceremony.

Winnipeg Free Press: Flames’ game could pop some bubbles. (Paywall). There isn’t much time left to leave a positive impression and earn one of the last chairs at the table.

The Hockey News: Three burning questions for the Jets this season. These include: 1) What roster moves will GM Kevin Cheveldayoff make to avoid a slump that could cost him his job? 2) How will Blake Wheeler react on and off the ice, to having his leadership creds taken away? 3) Is it time to be honest about Winnipeg’s group of defensemen and call them mediocre?

Sportsnet: Jets Mailbag. You had questions and Wieber has answers in his latest mailbag about the local NHL club.