Note: It was a busy day 2 of training camp yesterday in Winnipeg. Get the 411 of what was happening on the ice plus you can watch media availability with Pierre-Luc Dubois, Brenden Dillon and Adam Lowry (click here).

Note III: Have to believe today is the day (given tomorrow is a game day) that the new play by play voice of the Jets gets announced at the Fan Fest. The team is scheduled to play their first preseason game on Sunday in Edmonton on TSN but the announcement still hasn’t been made. It has already been eight days since Stu Cowan of the Montreal Gazette indicated English play by play voice of the Habs on TSN 690 Dan Robertson is leaving for a TV gig but couldn’t say to which team.

The Athletic:  Jets 2022-23 season preview: Playoff chances, projected points, roster rankings. (Paywall). If you are a glass half full type this may not be the preview for you to read. Joke aside a detailed write up about the Jets.

Sportsnet: Heinola aims to crack Jets roster as Bowness focuses on solidifying defence. His waiver exempt status could end up hurting him to start the season which means he has even more weight on his shoulders to have an exceptional training camp. 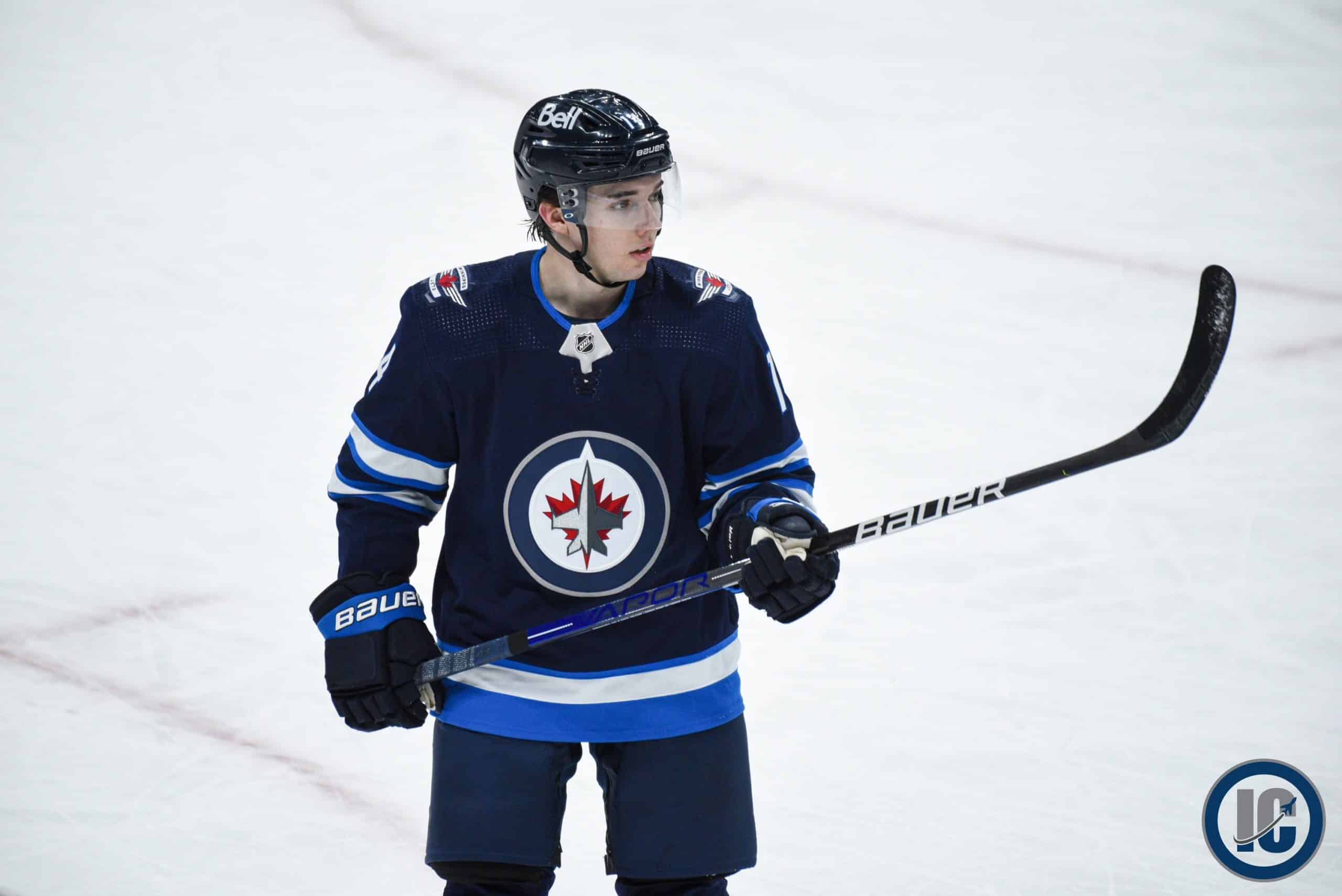 Winnipeg Sun: ‘I want to do it now’: Jets’ Dubois eyes Cup run, not NHL future. No surprise he didn’t want to open up that can of worms again.

Winnipeg Free Press: Lowry ready to step up. (Paywall). Getting more production from the third line will be a must this season. In addition to Lowry, Jeff wrote about camp mindset, Dubois plans and a training camp scrimmage.

Winnipeg Free Press: Jets bevy of talented D-men a nice problem to have. (Paywall). While the obvious focus are Samberg and Heinola folks shouldn’t sleep on Declan Chisholm. He will do well with another season of seasoning in the AHL but as I said remember that name.

The Athletic Winnipeg: Jets training camp: ‘Can we win with him?’ and more Day 2 clues. (Paywall). Murat details his thoughts on a Friday spent at the IcePlex watching day 2 of Jets camp.

Global News: Jets set to hit the ice this weekend with Fan Fest, preseason debut. A nice return to “normal” for fans this weekend.

Global News: Jets face big challenges in tough division. Everyone looking up at Colorado but there could be quite a bit of mushy middle in the Central.

TSN: One Big Question: Will changes to coaching staff, leadership group reignite Jets? Even though the Jets’ roster remained mostly the same, there has been a lot of change in the organization, but the big question in Winnipeg is, will the shakeup in coaching staff and leadership group be enough to reignite the team? TSN Hockey analysts Mike Johnson and Craig Button debate.

TSN: ‘It’s my life at the end of the day’: Dubois not in rush to make decision about future. Winnipeg’s Pierre-Luc Dubois sits down with TSN’s Darren Dreger and speaks about how normal life seems as a player, and a normal citizen again with COVID-19 restrictions lifted. The Jets’ forward also shares his thoughts on the differences with the coaching staff’s systems, the leadership change, and what accepting the qualifying offer means for his future in Winnipeg.

TSN: ‘I did not see it coming’: Scheifele shares thoughts on Jets’ captain change. Winnipeg’s Mark Scheifele sits down with TSN’s Darren Dreger to discuss his new off-season training regime, and goes back to explain some of the frustration he expressed at the end of last season. The Jets’ forward also shares his thoughts about the captaincy change with Blake Wheeler and the new coaching staff.