Note: It was a busy day 1 of training camp yesterday in Winnipeg. Get the 411 of what was happening on the ice plus you can watch media availability with Nikolaj Ehlers, Mark Scheifele, Josh Morrissey and Connor Hellebuyck (click here). You can also watch the full media availabilities with GM Kevin Cheveldayoff (here) and coach Rick Bowness (here).

Note III: The situation with the new Jets play by play voice (or lack thereof) is reaching the somewhat absurd realm. The team is scheduled to play their first preseason game on Sunday in Edmonton on TSN but the announcement still hasn’t been made. It has already been eight days since Stu Cowan of the Montreal Gazette indicated English play by play voice of the Habs on TSN 690 Dan Robertson is leaving for a TV gig but couldn’t say to which team. Perhaps today will be the day it is finally announced or maybe tomorrow at Fan Fest.

Global News: Jets set to hit the ice this weekend with Fan Fest, preseason debut. A nice return to “normal” for fans this weekend.

Global News: Jets face big challenges in tough division. Everyone looking up at Colorado but there could be quite a bit of mushy middle in the Central.

Sportsnet: Bowness sends clear message to Jets on first day of training camp. There is a new sheriff in town and it was clear from all the stick banging that he was making his mark right on day one with his new club.

Winnipeg Sun: It’s only Day 1, but Jets’ Scheifele appears to have new lease on life. He may have used the word “excited” or “exciting” a combined 55 times during his media availability and it does seem, as he suggested during his  chat, that he is exuding positivity right now. 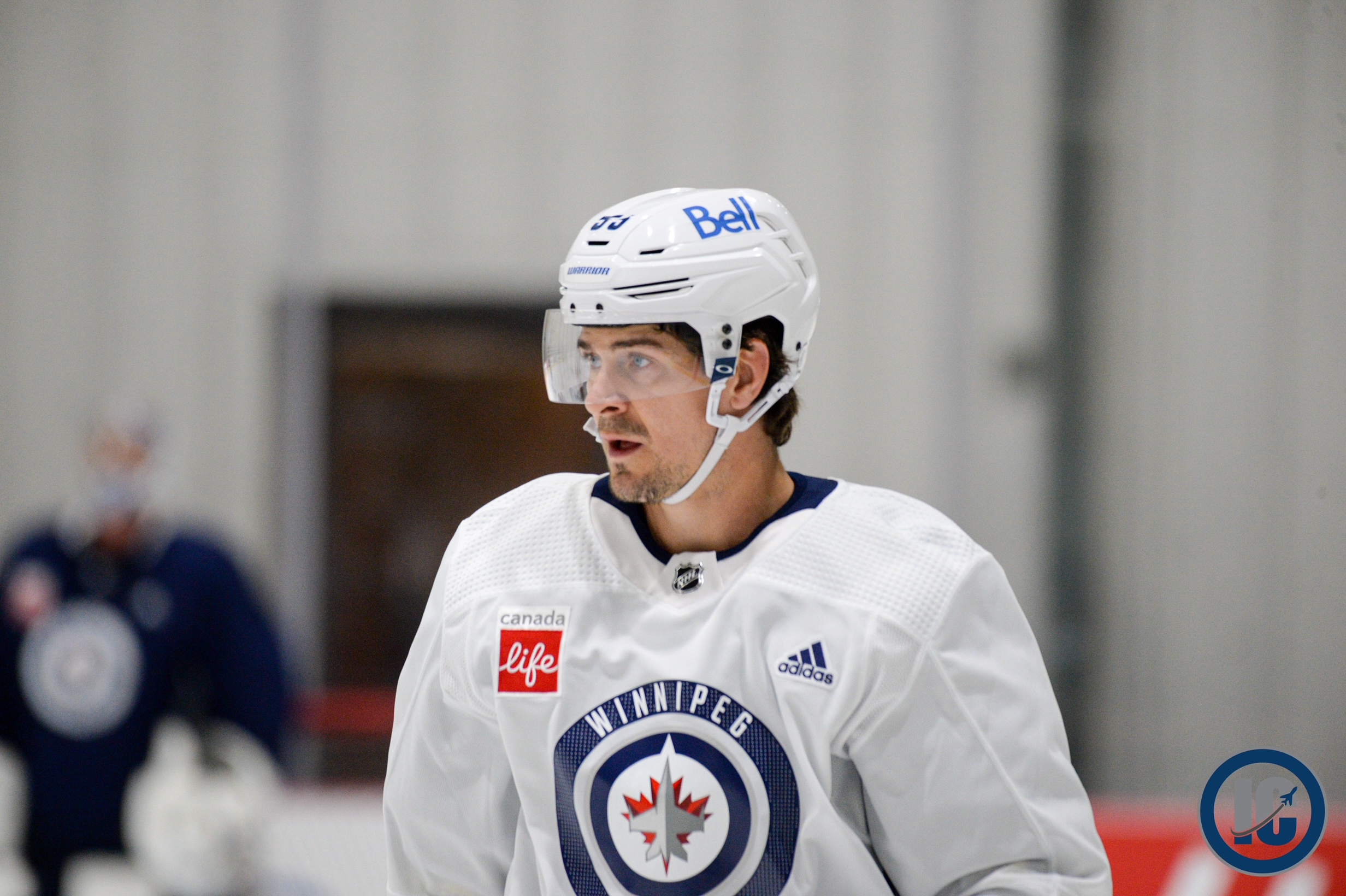 Winnipeg Sun: Jets’ Kevin Cheveldayoff says onus is on players, but heat’s on him, too. No passing the buck this season. No excuses. The magnifying glass is gonna go from top to bottom.

Winnipeg Free Press:  New Jets coach Rick Bowness makes immediate impact. (Paywall). As I said above it was clear he was putting his stamp on this club.

Winnipeg Free Press: Jets success depends on similar cast of characters. (Paywall). ‘Running it back’ is an interesting strategy for this club but perhaps, as Josh Morrissey said on Thursday, it ends up being a vote of confidence in a group that felt hamstrung by circumstances last season. We shall have to wait and see if that proved to be a wise decision or not.

Winnipeg Free Press: Jets new scout hopes to be a role model for young women, Indigenous youth. (Paywall). She’ll have big shoes to fill as former college scout Max Geise had some successful finds. Think Mason Appleton in the 6th round type of hits. But it is a great opportunity and sounds like she will fit this role perfectly.

The Athletic Winnipeg: Jets training camp: Rick Bowness impressions, Mark Scheifele’s excitement. (Paywall). Lots to digest in Murat’s first training camp column as he provides his usual level of insight into the goings on around the local NHL club.

CBC: Jets banking on new head coach to restore excitement in the stands and on the ice. The arena isn’t what it once was although fan apathy can be cured with winning. Of course off ice improvements are necessary as well.

TSN: One Big Question: Will changes to coaching staff, leadership group reignite Jets? Even though the Jets’ roster remained mostly the same, there has been a lot of change in the organization, but the big question in Winnipeg is, will the shakeup in coaching staff and leadership group be enough to reignite the team? TSN Hockey analysts Mike Johnson and Craig Button debate.

TSN: ‘I made that decision’: Bowness details leadership change. New Jets’ head coach Rick Bowness sits down with TSN’s Darren Dreger to share the process of returning to Winnipeg after he spent time with the city years ago. Bowness also shares what kind of culture change will take place with the Jets, which included taking the captaincy from Blake Wheeler.

TSN: ‘It doesn’t change what I am committed to’: Wheeler staying positive following leadership change. Winnipeg’s Blake Wheeler sits down with TSN’s Darren Dreger and shares how much positivity and support he has always received while out and about in the city. The former captain reveals his thoughts on the leadership change with the team, including the removal of his captaincy. Wheeler also discusses his thoughts on his future with the club and keeping open communication with management.

Sportsnet: Camp competition creates opportunity for Jets under new head coach Bowness. Sean Reynolds and Ken Wiebe dig in on the first day of training camp for the Winnipeg Jets, including possible competition for ice time under new coach Rick Bowness and the state of the Jets’ leadership after shakeups to the captaincy.